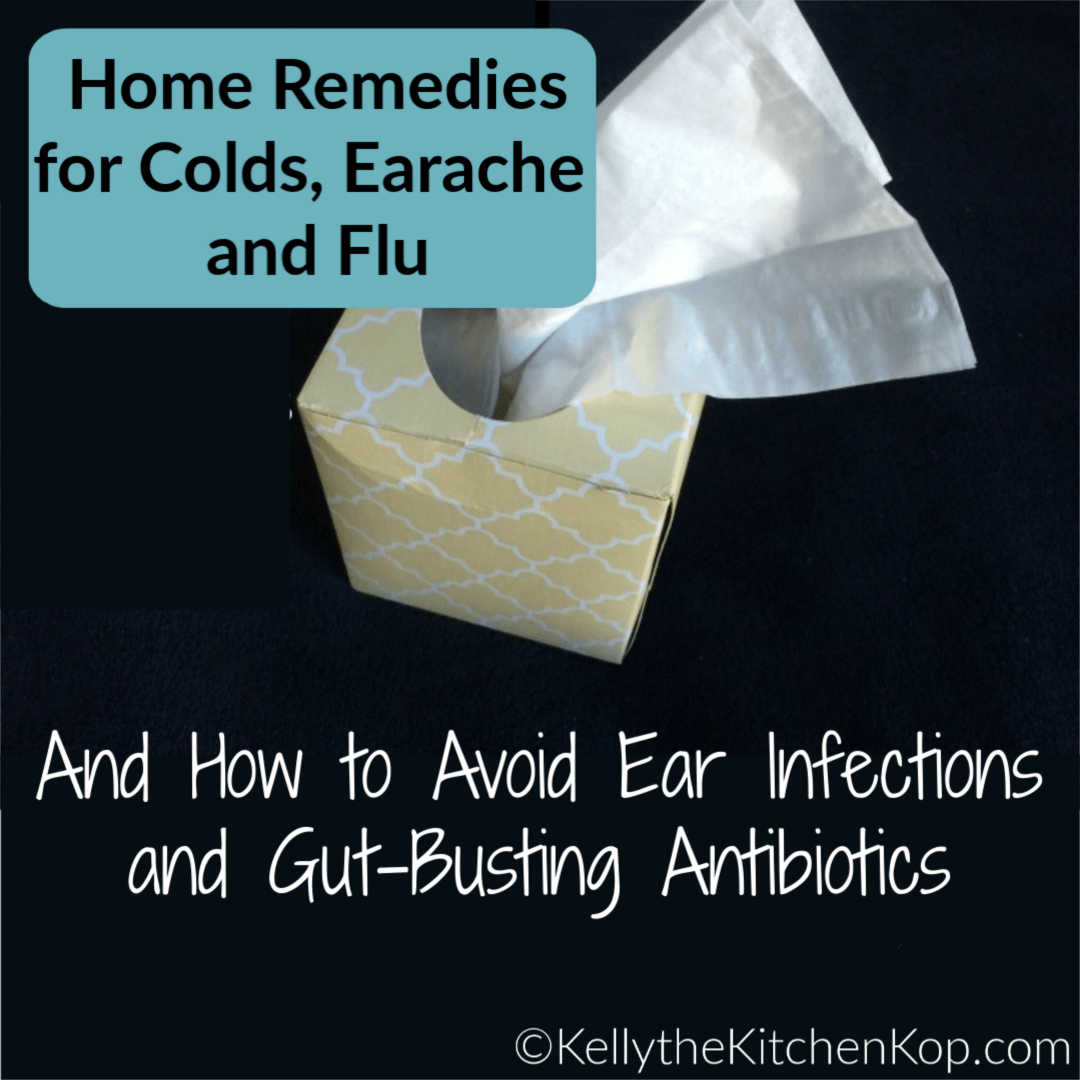 Our son woke up with a sore throat this morning, so I went to work using a few home remedies for colds — here's what I did!

Do you know of some effective home remedies for colds or earaches?  Or how do you avoid colds, flu, ear infections and antibiotics at your house?  I'll share my tips, and I hope you'll comment with yours, too, so we can learn from each other.

For the most part, our family is rarely sick, even when everyone around us is missing work and school like crazy. And if we do come down with something, it's usually mild and over fairly quickly.  What should you do if you get a bug?

Before reading more, click here for how to avoid colds and flu in the first place:

I'm not telling you what you should do and I'm not a doctor, I'm just sharing what has worked for us. Use your OWN judgment when illness hits your family and remember you may need to see a doc to make sure nothing serious is going on.

Natural home remedies for colds, earaches or flu, and how to avoid ear infections and antibiotics

In the past I would usually give over-the-counter decongestants right away when one of the kids came down with cold symptoms, because the goal was NOT ending up on antibiotics since they're so hard on our gut and our immune system, but these days I try other things first, especially since we're homeschooling now and I can keep an eye on them here.  If we absolutely have to go that route, okay, but at least I give the natural stuff a good shot before hitting the drugs… 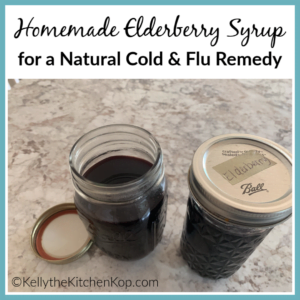 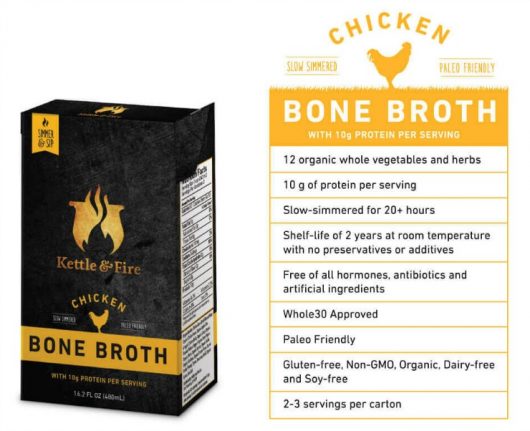 What if they really need an antibiotic?

I try to avoid it if possible, but if they do get an infection and are prescribed an antibiotic, sometimes you have to bite the bullet and take the meds in order to get well, and for those times, especially for the times antibiotics can actually save our lives, then yes, we can be thankful to have them.  However, they are VERY hard on our bodies, specifically our gut and immune system, and can cause many health problems down the road, so hopefully you never need them at all!

***NOTE that this is the only probiotic you should take while ON an antibiotic, it won't “cancel out” what the antibiotic is doing, but will help to minimize the damage to our gut health.  We take them daily as a preventative, but at the least you should keep them on-hand.  (Read more here.)

Most importantly, if you seem to catch everything that comes along and you always get it bad and then end up on an antibiotic, read about how to heal your immune system!

DON'T FORGET to get your free printable by clicking here:  Top 25 Simple Ways to BOOST Your Health with Apple Cider Vinegar —  you'll find many more free printables there, too.