This is our favorite!  I actually let my kids have this homemade ice cream for breakfast the other day, knowing that they'd be getting all those healthy fats and nutrients, and less maple syrup than if they'd had some on a pancake!  (Find more healthy breakfast ideas here.)

First, in case you're looking for different flavors, see my other recipes for…

***Also try a sundae bar with all of these yummy ice cream sundae toppings! 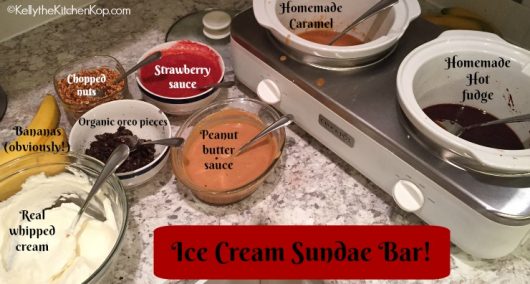 So we borrowed Sonia's Ice Cream Maker last week and went crazy with that thing. After my friend, Julie, raved about the Nourishing Traditions recipe, I had to try it. Wow, she was right, it was amazing.  I would even venture to call this a low carb and healthy treat, just wait until you see these ingredients – it's full of nutrients!  It only has a half cup of real maple syrup in 1 1/2 quarts of ice cream, so it's a natural sweetener, AND there's not that much of it! I'm asking for this Christmas – it's a little bigger than Sonia's, which is important since we go through homemade ice cream fast around here.

(Posted with permission from Sally Fallon.)  See below for the 2 quart recipe.

Beat egg yolks and blend in remaining ingredients. Pour into ice cream maker and process according to instructions.

Same as above, I think I liked chocolate the best, but they're both dreamy.

UPDATE:  I got the above ice cream maker for Christmas (yay!) and here are the amounts for the 2 quart recipes…

Note, I asked on Facebook for ideas on how to make this green (for St. Patrick's Day!) without food coloring and got some good responses.  I'll update here once I give them a try. 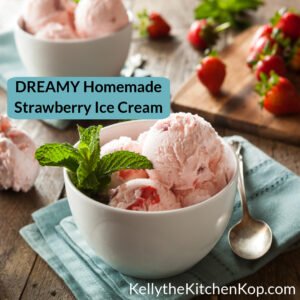