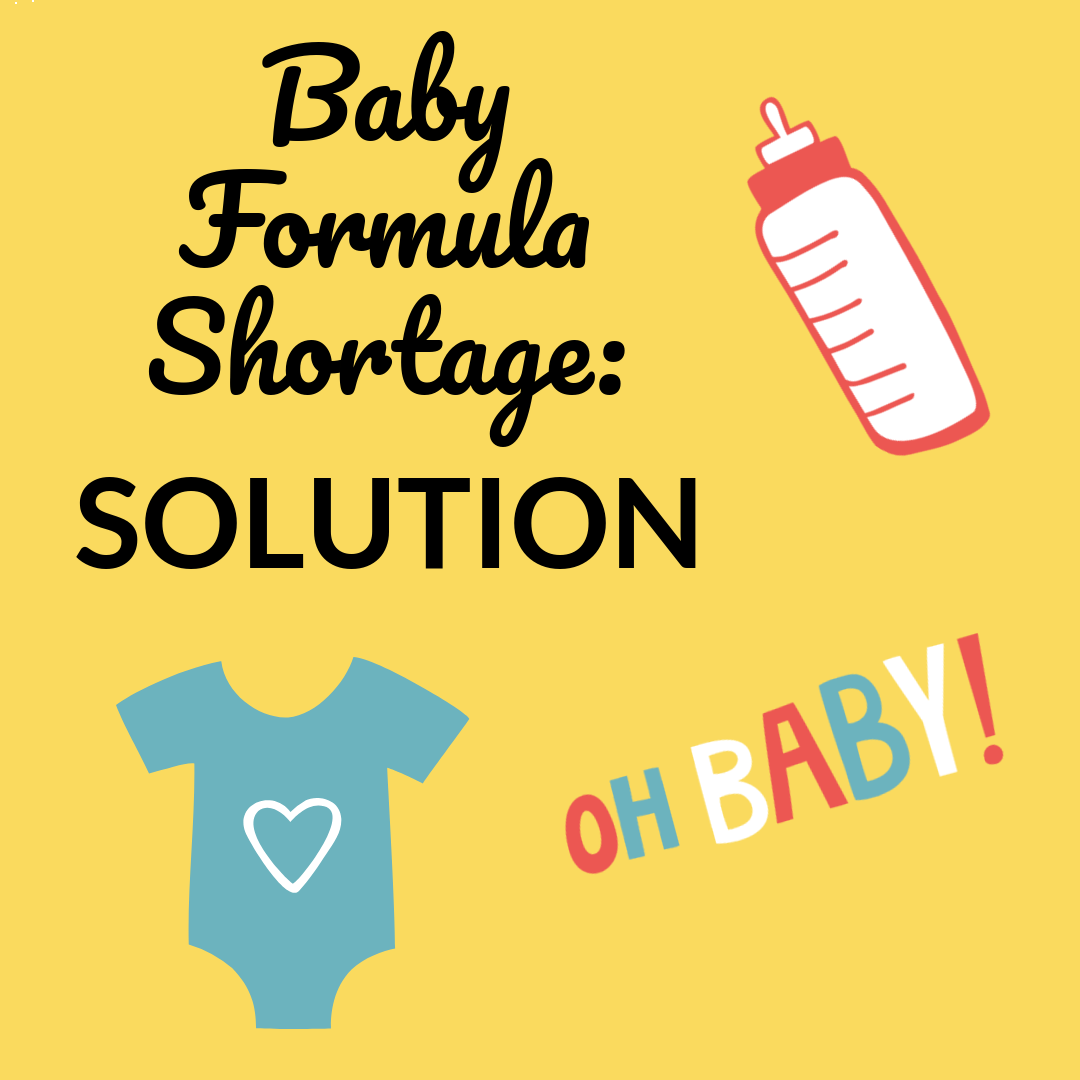 Do you want to find a nourishing homemade baby formula recipe, but you don't know where to start?  Have you been told that you need to give your child formula, but you're concerned about what's in it?  Are you now wondering how bad the baby formula shortage will get?!

You're right to be concerned, and have you seen the ingredient list on commercial baby formulas?

That is some seriously scary stuff.  Just like the real food we should be nourishing ourselves with, we definitely need to know what's in our baby's formula, too!  I spent 15 minutes on Similac's site and couldn't even find the ingredients listed anywhere.  Enfamil was easier to track down, but as you can see at that link, it's made with corn syrup solids, soy, nonfat milk and vegetable oils!  Even the organic has nonfat milk and soy–it's sad how many parents don't know how bad that is!  I'm so sad when I think about how naive and trusting I was myself with our first baby–and when I was unable to nurse him, I just put him on the formula the doc recommended without question. 🙁

If you know someone with a baby who is unable to breastfeed for whatever reason, please send this post to them (and see the extra notes below).

–>>The healthy homemade WAPF baby formula recipe is here.  You'll see the ingredients listed there and further down is the recipe, including links to more info.  Use my code KOP for a discount at that link! 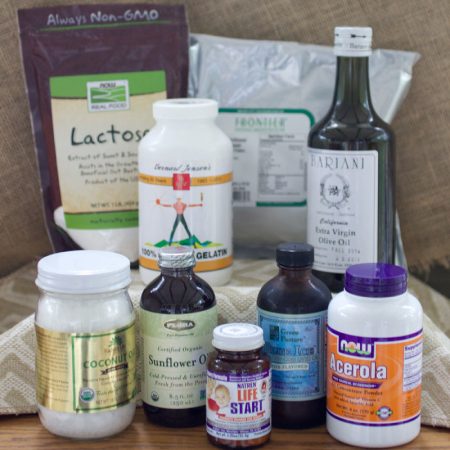 You are Out of Your Subsidized Minds!

Next a reader is sharing her story of giving her baby the WAPF homemade baby formula, but she's asked to remain anonymous, which is totally understandable:  “I do have some concerns, especially after that case in California with the parents losing custody of their child after requesting a second medical opinion.”

If you have any doubts whatsoever about using the WAP homemade baby formula recipe, and the results of this, my baby is living proof that this method works–and it's light years superior to any other man made infant formula.

My little son was born a month premature, and although perfectly developed, his arrival was traumatic and my pregnancy was high risk and very stressful. I also have two autoimmune diseases which further complicated things. Although I desperately wanted to breastfeed and tried my best, my milk started drying up after the first 6 weeks.  I pumped, I tried using the SNS system, I inhaled fenugreek (and smelled like a stack of pancakes), I used oils, I drank raw goats milk, I drank mothers milk by the gallon, I ate oatmeal soaked in coconut oil, I read and researched for hours, I joined Le Leche League. Nothing helped. He started out growing like a champ, and then his growth rate started dropping.

He also stopped passing bowel movements more than once a week or every ten days.  The doctor was not concerned about the bowel movements, telling me that they only consider the baby to be constipated if they have not passed stool for more than fourteen days(!).  He was concerned about the baby’s growth, and by the time we were at the three month check up, he said it:  The F-word. The word I would not allow uttered in my house. The Thing that I was so adamant I did not want put into my baby:  Formula.

I knew what commercial formula would do to my baby – colic, eczema, asthma, gut problems, allergies, delayed or completely stunted development, hormone imbalances, etc.  And that was just what I could think of in the first ten seconds.  I cried. And then I called my mother.  Thankfully, she had all the ingredients to make the Nourishing Traditions homemade baby formula (you can get the ingredients here in a kit), and brought it over. He guzzled it and went to sleep.  I continued to use the SNS system with the formula, but as I dried up, he transitioned fully to the formula.  And he grew.  And grew.  And grew.

My little nugget went from 0% height and weight on the WHO growth charts to 95% and 90% respectively. In four months. He got fat. Not just flabby baby fat – he had rolls on his wrists and ankles, and his little chubby body was so sturdy. The doctor was amazed at his physical strength and told us our boy had the strength of a child several months older than himself.

And as my child thrived and grew, I became more confident in my ability as a mother because I KNEW I could feed, no, NOURISH my baby; maybe not as nature originally intended, but I had the tools and the wisdom and the knowledge of so many generations and cultures, wisdom that surpasses anything that is offered as “modern miracles.”

With this confidence came the ability to stand by my convictions.

Later my baby ate liver, egg yolks, bone broth, and all the other delicious foods babies should eat. He does not eat processed foods like flours, sugar, conventional dairy, or pureed vegetable and fruit mush.   He is the healthiest, calmest, happiest, and active fourteen month old imaginable.  He has never had a cold, ear infection, or more than a mild diaper rash (on one or two occasions). His heart murmur resolved, and his “wandering eye” disappeared without any intervention.  He eats everything we do and enjoys it. He does not drink fruit juices, but rather prefers water or herbal tea.  He loves his kefir!

And what does the doctor say?

Well, we were encouraged to continue to “formula” at his 9 month appointment – which happened around 10 months (whoops) – since little man WAS right at the 95% percentile for height AND weight (i.e. he was proportionate), I was told it was time to start weaning him off his formula, and onto cows milk. Oh, and the current American Pediatric Association recommendation was that any child over the 50% weight curve was to be fed 2% milk, not whole. Because, after all, “you don’t want your child to be obese”. Or set him up for an eating disorder.  Oh, and the fact that he was height and weight proportionate was ‘not relevant'.

In case you haven’t noticed, I am not the speechless sort. And I was speechless.

After the worries, the heartache, the doubts… oh, the doubts, the struggle to bring this little boy into the radiant, healthy, NORMAL child he became, you think I am going to put him on a DIET?  A low fat, high carb, stinkin’ DIET?  A nutrient leaching, health destroying DIET?!  Well, pardon me, but you are out of your subsidized minds, APA.

Now as I watch my chubby, bright eyed, sturdy little boy take his first steps, I think back to this time a year ago – a time when I was so desperate and so fearful for his future, for his health, for his ability to thrive and grow as he should.  I would love to be able to share this experience and success with any mother who faced, or is facing, that – because I was there, and I know what it is like.  Do I regret not having the experience of breastfeeding?  Yes, I do (even when I watch him bite a hole in yet ANOTHER bottle nipple with those little chompers).  But I have come to peace with that, and because of embracing the WAP method for feeding babies, I know my little guy is receiving the best possible nutrition and because of this, I am giving him the best foundation I can and the basis for a healthy, normal life.

Don't you all love that story?! 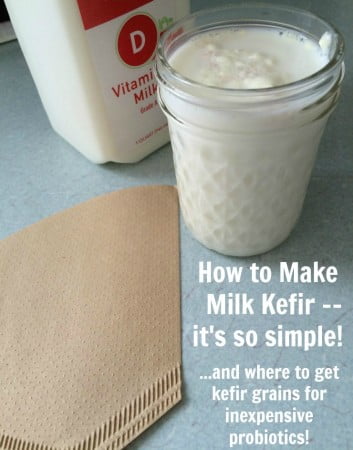 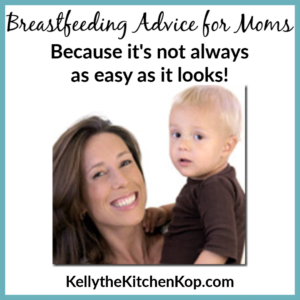 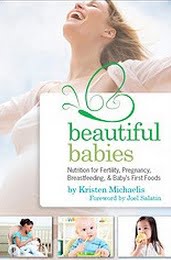 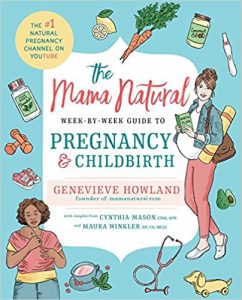