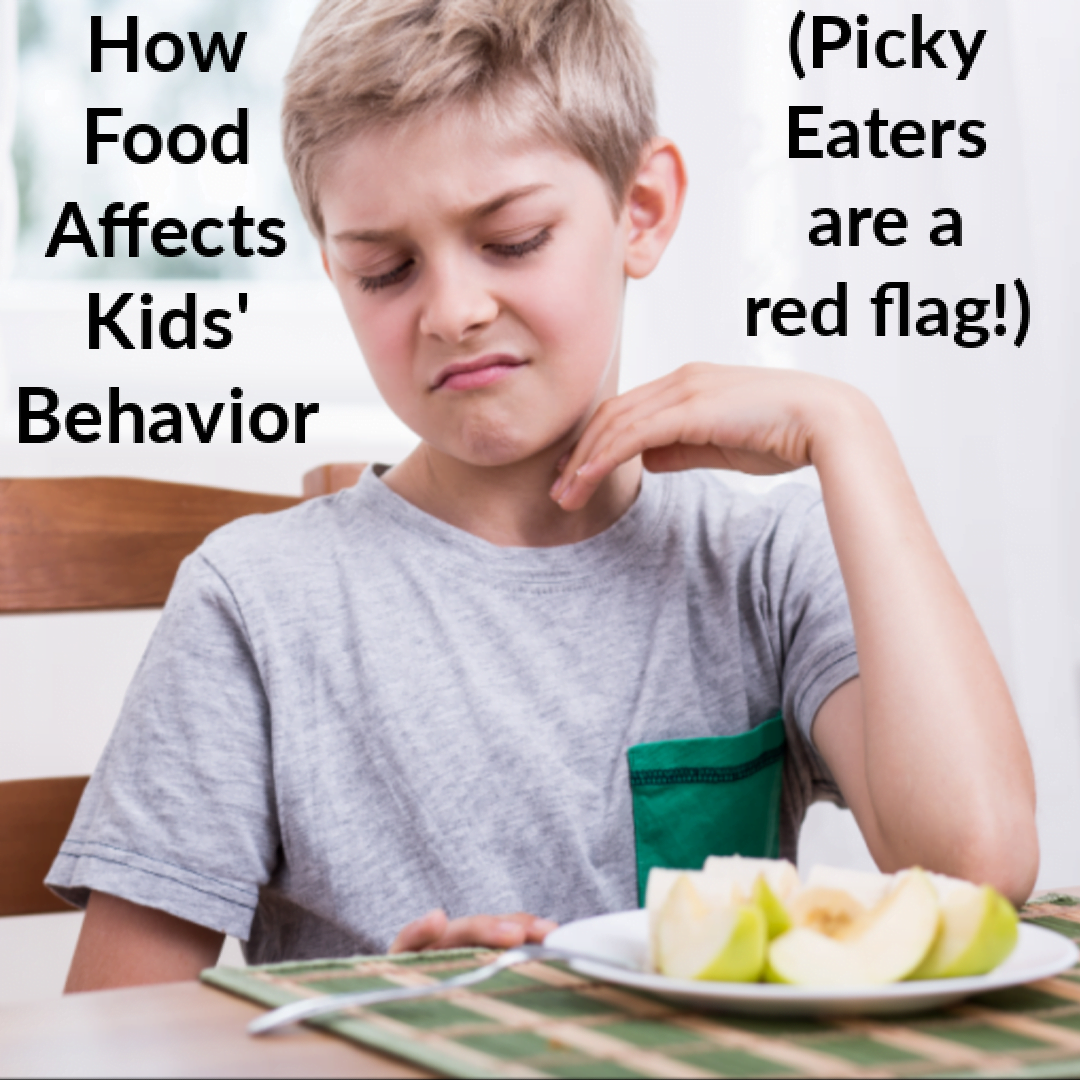 We've all heard it.

“Relax!  Don't be such a Food Nazi!  Let your kid have fun occasionally!”

No loving parent wants to inadvertently make their child feel neurotically isolated from their friends. So when it comes to the birthday party, or the sleepover, the constant barrage of treats kids get at school, or whatever the social event may be, many of us parents opt to just look the other way and let our children participate in whatever their friends are doing.

You know the scene – you've just arrived for pick up.  Kids, including your own, are zooming around out of control, yelling, big grins on their faces, swinging, twirling, running, hitting, falling, and one tearful child is having a meltdown in the corner…

The bemused parent next to you says, “Well, looks like they had a good time!”

Ah… NOT!  They had an overstimulated time.  That is not the same thing as “good.”

So many parents believe that ‘excited' party behavior means their children are having “fun.”  They aren't!

Your child, at least his brain, is suffering.

His neurochemistry is short-circuited and firing waaaay too fast, he cannot control his thinking, emotions, perceptions or body.  He is compelled to move as a result of his brain being so over-excited.

As you duck the sword-swinging young knight party-goer, he doesn't look like he's unhappy.

But he will tomorrow, because, of course, as every parent knows, what goes up must come down.  In the morning these kids will have one helluva hangover — and a craving for more of those brain stimulating chemicals and sugar.

As this father well knows:

Several weeks ago, I led a conversation at my son's school about healthy eating. Parents, teachers, and administrators participated. After I made a case for better nutrition, one father voiced concern about becoming a “Food Nazi.”

Should he deny his child the package of Oreos and bag of chips with lunch? — a lunch that might also include yogurt cup, juice box, and jelly sandwich (peanut butter forbidden in the nut-free school).

Obscene additional amounts of sugar would have come from the cookies, juice, and yogurt (together, these three items alone could provide 2 — or even as much as 4 — times more sugar than the World Health Organization would recommend even a moderately active 8-year-old consume in an entire day).

This is to say nothing of the artificial colors, flavors, fillers, stabilizers, and other additives the processed products would contribute, nutritional concerns in their own right.   (Emphasis mine/source:  ‘Food Nazi' or Responsible Parent?)

There's only one way to get society to take the damage that junk food inflicts on our kids seriously.

Record, measure and video — All conscious parents know and talk about this anecdotally, and the video below confirms just how dramatically junk food not only:

Here's the video:  (Keep reading below after you watch though…)

There's a Reason It's Called “Junk”: How We Make Drug Addicts of our Youngsters

Food, especially when it is artificially manipulated with chemical additives and sugar and/or fructose laden, is just as powerful as any drug.

The clinical reality is that eating junk food has the same effect on our kids brains as  “cocaine or morphine.”

The addictive nature of sugar and processed food has again been confirmed by a psychology professor and a team of students at the College of Connecticut who showed that Oreo cookies are just as addictive as cocaine or morphine… The study… found that eating Oreos activated more neurons in the rat brain’s pleasure center than exposure to illicit drugs did.” (Emphasis mine/source: New Study: Oreos as Addictive as Cocaine)

Are we turning our children into depressed adults by feeding them foods that interfere with their dopamine levels? I fear we are.

Depression is a strong underlying condition for addicts and drunks. As a parent, it seems to me that over-stimulated, developing neural pathways could easily become potentially permanently altered, creating adults who crave the ‘high' they become used to in childhood through soda, candy and cookies.

Your child's body is the foundation to their entire life.  It will determine their ability to think, feel, learn, produce hormones, grow bones and a brain, as well as have healthy children of their own some day.

In fact, as a conscious, real food parent, maybe you should move to France?

And I don't think it has anything to do with resveratrol in red wine.

Although the French do drink a lot of alcohol, in addition to smoking like chimneys, nevertheless, French people are statistically slim and trim with very low rates of heart disease.

They feed their children well!

Is that concept – adult health is directly related to what is eaten in childhood – really so hard for the great minds of this country to figure out? Or just inconvenient to the bottom line of giant American food corporations which currently own virtually all the school system cafeteria contracts?

And why do I think French longevity has nothing to do with the resveratrol in the red wine they drink?

In order to get the amount of resveratrol shown to create benefit in clinical studies, imbibers would have to drink 200-250 glasses of red wine per day!

So You Already Have a Picky Eater…

Dr. Natasha Campbell-McBride, neurologist and expert in probiotics and psychological disorders, warns that picky eating in childhood can lead to eating disorders and malnutrition as a teenager or adult.

Dr. Campbell-McBride regularly sees eating disordered children in her clinic. She emphasizes that once inflammation from gut dysbiosis has settled into particular areas of the brain, the child, as a result of the brain inflammation, will exhibit bizarre eating habits and resist the very foods she needs the most to recover.

Healthy eating habits MUST start with baby's very first bite of solid food. And what should baby's first foods be? Meat and saturated fat! For more information on why, see my article The BEST Way to Protect Your Immune System – it's Not What You Think.

Furthermore, Dr. Campbell-McBride reassures us that parent after parent in her clinic has reported that their child's preferences eventually shift to healthy foods as long as they continue to eat them, even when they don't “like” them.  (Read more here about the GAPS diet that Dr. Campbell-McBride recommends to heal the immune system: GAPS Diet for Rookies.)

Dr. Sarah Ballantyne, the Paleo Mom, a loving, patient, warrior mom, was able to transition her EXTRAORDINARILY resistant daughter to not only a wider range of food, but also, eventually, to LIKE the new food! She explains her strategies and then interviews her “picky” daughter who describes how foods actually taste different to her now.

I could count on my fingers the number of different foods she would eat (no toes required). And unlike other kids, who will eventually eat something they don’t like because they are hungry enough, my daughter would literally starve…

I know that parents whose children will eventually eat something if they get hungry enough don’t understand that this really is possible.

But, as a mother of one of each kind of child,

I can tell you this is a real thing.

It’s certainly a minority of kids, but the whole “Just send them to bed without anything else and they’ll eventually eat _____,” doesn’t work for every kid.

And, I know that those of you with kids who would actually die rather than eat something yucky are probably reading this and feeling relieved that it’s not something you’re doing wrong.   You’re not a failure, you’re not alone, and there are gentle, gradual things that you can do to change this. (Emphasis mine/source — be sure to read this from Sarah: “I Like Meat Now” – An Interview with My 6-Year-Old)

(Note from Kelly:  You have to watch this, you guys will love how the French feed their school kids!!!  Also, a reader friend, Dana, commented last week and told about how their California school does school lunches, which is also pretty cool.) One more video: Watch What Happens To This Family When They Switch To All Organic Food 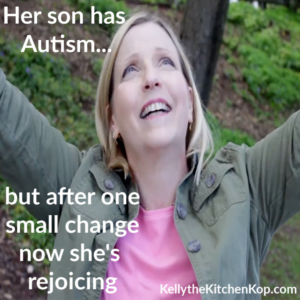 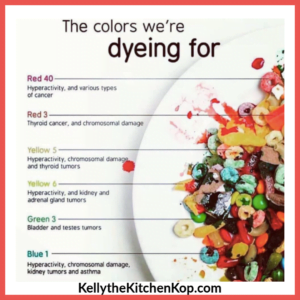 This was a post by my sweet friend, Joanie Blaxter.

Joanie has been in sales & education in the natural foods & products industry since the early 70’s, with her most recent six years spent as a vitamin specialist in a health foods store. She has also been the Ventura, California chapter leader of the Weston A. Price Foundation since 2010.