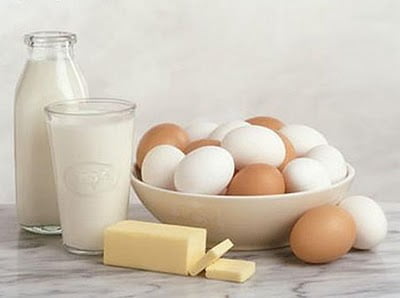 I know, I know, the topic of healthy fats is a really difficult thing to wrap your brain around.  I still hear people complaining that their doctor told them to avoid foods like meat, cheese, and butter, and I hear it a lot. I actually just heard someone complaining about this on Saturday. She said, “I told him, if I can't eat all those things, then I guess I'd rather not be around.”

I tried to keep quiet, really I did...

To the annoyance of my family (“Here she goes again…”) I blurted out, “You don't have to avoid those things!” She looked at me like I was nuts. Where to begin? How do you sum up something like that and come off credible, when doctors have been saying these are taboo foods for years?!

The answer is that I can't sum it up.

You can't undo years of bad information with a couple sentences, which is about all the time you have in a casual conversation. Unfortunately the only thing I can do is encourage them to read more, and the rest is up to them. Sadly, most people won't do it, though. Here's what Kent & I came up with for why most won't keep researching (I love that I have a husband who will lament over these things with me):

What else do you think keeps people from going after optimum health?

So often when people tell me they're on statins, or they've had heart problems, or they're trying to eat low fat and avoiding traditional foods like butter and meat, they're also overweight. And of course they think I'm the wacko. Understandable, since I'm singing a completely different song from what they've heard for years. I don't want to be rude, but I always want to ask,

In conclusion, the hypothesis-generating report of Mozaffarian et al draws attention to the different effects of diet on lipoprotein physiology and cardiovascular disease risk. These effects include the paradox that a high-fat, high–saturated fat diet is associated with diminished coronary artery disease progression in women with the metabolic syndrome, a condition that is epidemic in the United States.

So here's where I need your help

Let's come up with some one or two-liners to explain to people why what they've been taught is a bunch of bunk. Then we'll be better prepared next time it comes up in casual conversation. Comment below with your ideas!