Questions about cholesterol may be yesterday's dilemma for you.

If you already get the whole real-foodie thing and know better than eating junk fats like soybean or canola oil, Crisco, or other fake “foods” (read more about healthy fats here), would you share this with your friends or family members who don't yet know what to believe?

The “biggest nutrition fiasco of our times”?

“Bad science started it. Careless government latched onto it. Profit-hungry pharmaceutical companies perpetuated it. Misguided, overloaded medical practitioners accepted it. Opportunistic food manufacturers made fortunes off it. And the health of our nation crumbled because of it.”  (Source)

The Biggest MYTH in Medical History:

The following are a few excerpts from the video…

“Two ambitious trials costing over 250 billion, involving hundreds of thousands of patients, both failed to prove that lowering saturated fat could reduce your risk of dying from a heart attack.”

Blaming cholesterol for causing heart disease is like blaming firemen for causing fires, because they're always at the scene.

Only oxidized cholesterol is inflammatory.  The inflammatory theory of heart disease is more accepted, but the general cardiovascular community is still more focused on cholesterol, they need to focus more on inflammation.  We've placed all this emphasis on cholesterol and taken it off sugar and that's the problem, then you're getting more insulin responses, and we know that insulin is the number one indicator for inducing what we call inflammation in the blood vessels.” Quite frankly, given the certainty with which we were taught this, it surprised me to find out how poor the evidence was, virtually non-existent…

More to check out: 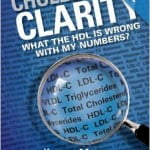 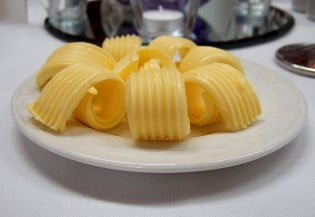