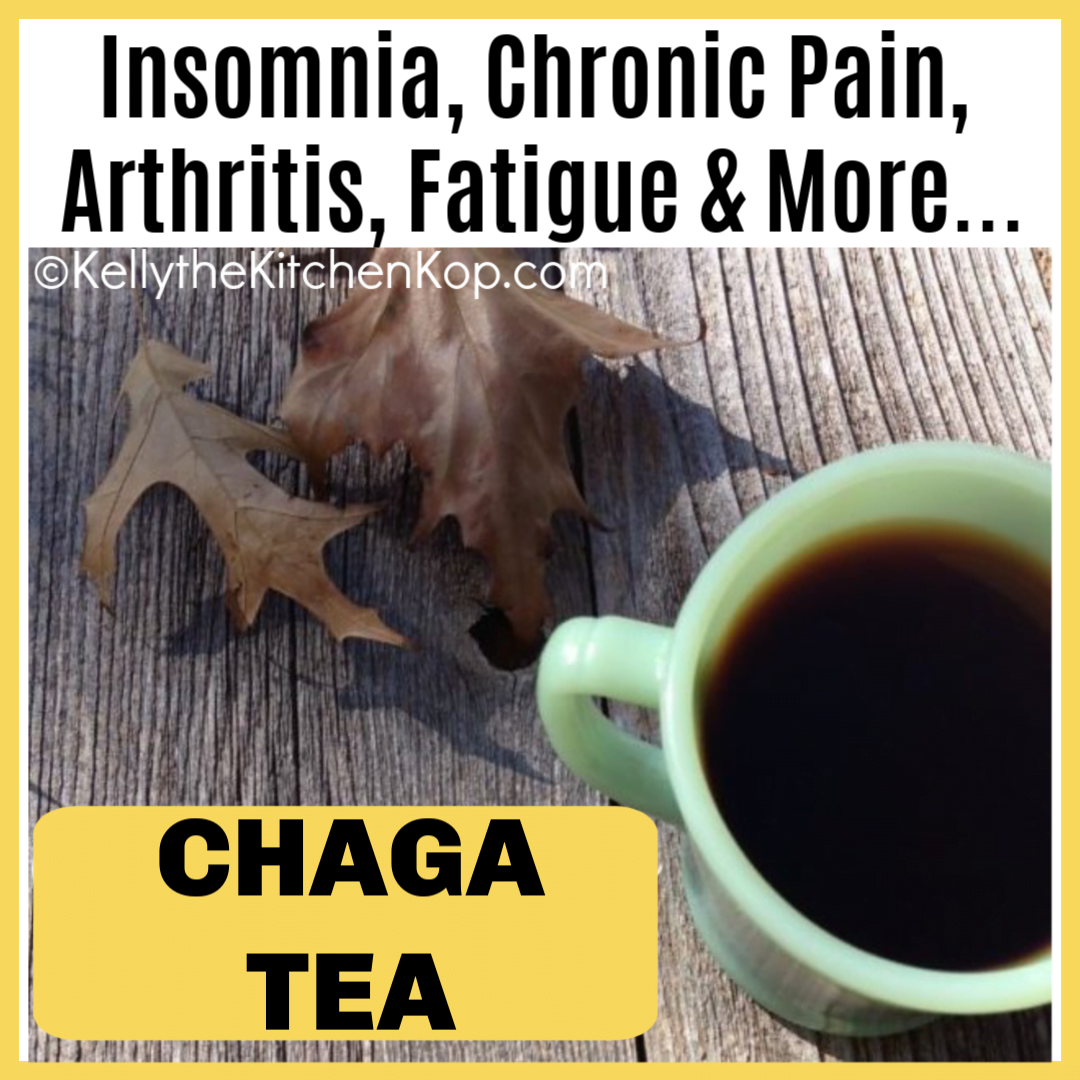 Today my friend and faithful blog assistant, Jill, tells us about chaga tea.  I'm one of those that loves a hot drink in my hand any time of the year, whether it's my hot coffee (<–that link tells how to redeem your morning coffee!), steaming bone broth, some healthy/herbal teas, or a cup of hot Dandy Blend, so it's time to try something new!

Turns out though, that chaga tea is not just one more in a list of alternatives for coffee, it's also got many health benefits.  I just ordered mine to try.  🙂

Note:  I'm reposting this info today because recently a good friend has been raving about how chaga tea has made such a difference in her family — here's how…

Here are some of the health benefits of Chaga mushroom tea:

Did you know about all of these health benefits of chaga mushroom tea?  I'm shocked as I learn more about the power of mushrooms!

I love how God gave us the tools to heal ourselves.  Jill goes over more of this below, but certain species are very good for building up the immune system, for knocking out fatigue, many use them for anti-cancer properties, and I just got these capsules to hopefully help a friend who is suffering with depression!  (Read more from Jill about healing anxiety and depression naturally here.)

Chaga is a medicinal mushroom that grows mostly on birch trees in colder climates and has been used therapeutically in Russia and Eastern Europe for centuries. While technically a mushroom, chaga looks and feels more like wood! You can see images of chaga growing on birch trees here: 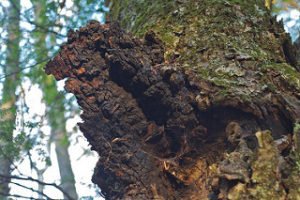 The flavor of chaga tea is pleasantly “earthy”, rich yet mild, and slightly nutty. Most enjoy drinking it alone but it also compliments just about anything you would want to make with it, whether that be tea, coffee, Dandy Blend, or even soups and sauces. While it looks like coffee, it doesn't share coffee's bitter and acidic qualities and it's more earthy tasting than tea. The rich, mellow flavor and health supportive properties make it a wonderful coffee replacement.

If you don't want to buy Chaga tea (the easiest way, obviously), it's also is delicious and incredibly easy to make in a slow-cooker as a “continuous brew” beverage. 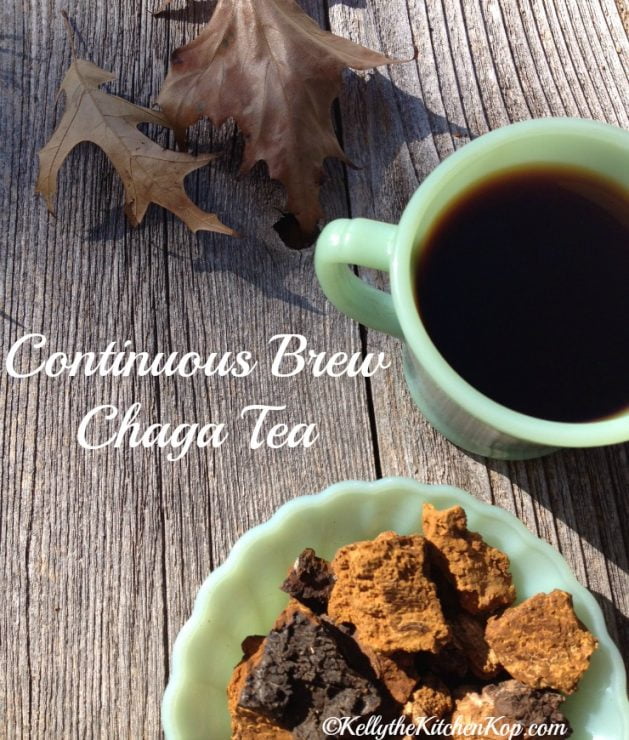 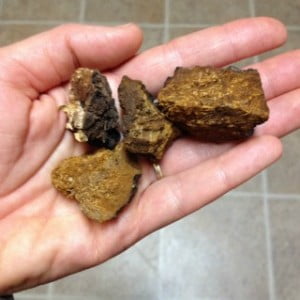 You will find other more “involved” ways of making chaga tea but the way I do it is the easiest.

I keep my little slow cooker of chaga tea going all winter long for general immune support and a convenient, ready-to-drink hot beverage. I also use chaga tea as a cooking liquid for sauces, soups, stews, and roasts, sometimes to stretch broth when I'm a little low for a recipe or if I just need a small amount of liquid to thin a sauce and don't have any broth on hand. I ladle it into a mug to drink plain, or use the chaga tea in place of water to brew other teas, coffee, or in Dandy Blend (my favorite, because of the rich flavor chaga contributes).

Chaga tea makes a delicious substitute for hot water when making hot chocolate. Our daughter combines strong chaga tea with whole milk (about equal parts) and then adds coconut sugar, cocoa powder (or cacao), and a little vanilla and a dash of salt. Heat it gently on the stove until the coconut sugar is dissolved and it reaches your designed temperature for drinking (this won't take long because the chaga tea is already hot). You could also replace the milk with cream and simply use less.

There's also a Chaga Mocha you could buy here.

“He could not imagine any greater joy than to go away into the woods for months on end, to break off this chaga, crumble it, boil it up on a campfire, drink it and get well like an animal. To walk through the forest for months, to know no other care than to get better! Just as a dog goes to search for some mysterious grass that will save him…”  – Alexander Solzhenitsyn, Cancer Ward 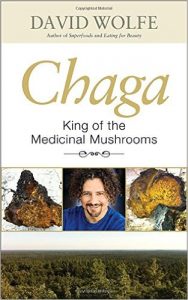 My husband and I live in Waco, TX, along with our two awesome college age kids. I have a small business, selling handmade personal and home care products at our farmer's market and local retail sites.  I am also Kelly's blog assistant.  🙂  I am passionate about real food nutrition, natural health, local food, and I love to cook. Fortunately we have access to lots of local food via our fantastic farmer's market, nearby farms, and even a grocery store that sources much of its food locally.

And that whole situation led to David writing this book…