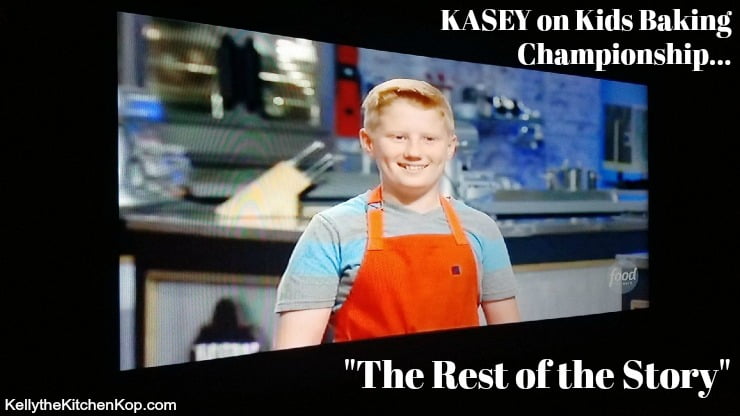 There’s so much I can finally tell you about Kasey’s experience on season 6 of Food Network's Kids Baking Championship!

You may have seen last night that Kasey, our youngest son who is 13 years old, was on the premiere of Food Network’s Kids Baking Championship (you can watch the whole episode here as long as it's available there, or now it may only be here on this lower quality channel).  If you're a fan you know that there are 12 kids to start, and each week one person is eliminated with the rest moving on to the next week. The last show ends with 3 kids competing for the top spot where the winner takes home $25K. 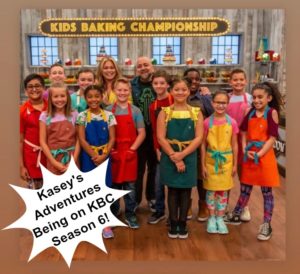 See a VIDEO RECAP here of his whole experience: more of his baked goods, pictures of our trip, and some pics with his 11 new great friends!

So in the past few days Kasey was on two local TV news stations to promote the show, WZZM and WOOD (click those links to watch), plus I’ve been here on the blog, Facebook and Instagram asking all of you to watch last night. We also had a viewing party with some family and our local friends…

All the while we knew what you know now if you watched:  he was eliminated in the first round.  🙁

It was tough for both of us to see it again, it brought back all of the sadness from when it happened during taping.  You can’t imagine how difficult it was after all he went through to get there and then be bumped off first!  He knew he didn't do well and was SO nervous for the judging.  Everything in him did NOT want to walk back out onto the set for the final announcement of who goes home, yet he walked in with his head high.  Writing this makes me cry again, I’m just so proud of him.  How many 13 year olds could handle such pressure and walk back into that kitchen knowing they were likely going to be completely crushed and probably embarrassed in front of millions of viewers?!

Everyone on the crew plus all of his new friends were so kind, loving and supportive — these kids and their parents are the neatest people and we had a blast getting to know them, seriously how did we get so blessed to be on with such a beautiful and fun group?!  I’m thankful that we’ve stayed in touch and we’ll be lifelong friends, just that is a priceless gift!!

At the time, the thought of leaving them was the worst part for Kasey, and for me too.

We bonded so tightly with each other because we were all going through the same crazy awesome experience and the same stress too.  One of his friends, Davis, was especially upset afterward.  I hugged him and reassured him through my own tears, “Kasey is going to be okay!  Don’t let this ruin the rest of your time here, we want you to keep enjoying every moment and besides, we’re all going to be friends forever!”

Even through the tears, I had a very strong sense that God was going to use all of this for something great in Kasey’s life.

He's already a pretty thoughtful and compassionate kid, but maybe he'll be even more so.  Who knows?  He said to me again this morning, “I just didn’t want to be bumped first, because I knew how bad that would look…” I said, “What about the kid who got bumped first in season 5 of Kids Baking Championship, did you think it made him look bad?” “You mean Zack?  No, he’s awesome, we talk on Instagram!” So I said, “See, you don’t think anything bad about him.  Someone had to go first, and like we’ve said a million times, how cool that you got to be on TV at all!  Who would’ve thought that God would pull that one off?!”

He gets it, but still, it’s just extra tough to be the first.  Plus he knows those cupcakes weren’t his best work!  (And neither he nor I had ever used marzipan or even knew what it was.  I got him some chocolate covered marzipan for Christmas and he wasn’t too impressed by that either, ha!)

All along we talked about the “watch party” we’d have for him if he actually made it on the show, but right after he was eliminated he said emphatically, “I don’t want a party now!!”

I reassured him, “It’s okay Kase, you don’t have to.”  Later though, when we were getting ready for bed that night in our hotel room, an idea came to me.  I said, “You know how you said that if you won the $25K you were going to donate a well to the Samuel Omogo Foundation?  You don’t have to do this if you don’t want to, but I was thinking… what if there was a way you could still raise that money?  What if you still had a premiere party and we turned it into a fundraiser?  You could take this sad thing and turn it into something huge for the people in Nigeria who don’t have clean water, because really, what’s the worst someone could say about you, that your cupcakes stunk?  Big deal!”

He didn’t hesitate for a second and said, “I’ll do it!” 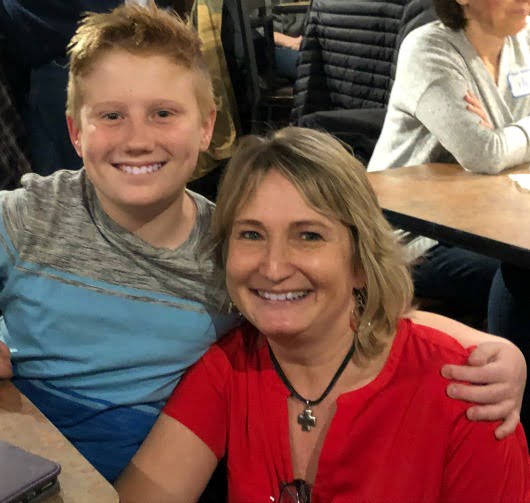 We had no idea how the show would be edited, so he didn't know if that meant he would be embarrassed watching with a bunch of friends and family who might see him cry on national TV, or at the least they'd see him be the first one cut.

How brave he was to say yes anyway!!!

Of course everyone at the party was very sweet and encouraging.  (I was absolutely in my happy place there, having so many of our loved ones from all different parts of our lives in ONE place — that normally only happens at funerals!  Yet here we were, all celebrating together.  Our church friends were mixing with our neighbors who were meeting our homeschool friends who were talking with family and childhood friends — it was so special!)  Kasey and a bunch of his friends had a blast bowling all evening before the show started.  Hey local friends:  Rockford Lanes is a great venue for something like this!

That picture of us is from the party.  Don't look at my hair (it was raining that day!) but I love this shot of Kasey and I sitting close and watching together. He had been nervous, we both were, since we knew the outcome — and again, we weren't sure how the editing would be done!  Only he and I, along with the other parents and kids from the show, truly know how stressful AND wonderful the whole experience was, and finally seeing it all done was really special and emotional.

This is only about 3/4 of our dear friends and family who were able to come support Kasey and raise money for wells in Nigeria!  (Some had to leave early.)  The show didn't even start until 9:00 pm and on a weeknight too, so we were surprised and super thankful for all who could make it:

Here's a picture of the cupcakes he made for the party — without food coloring! <– That post tells how he did it.  🙂 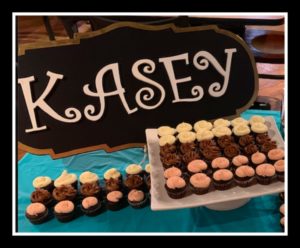 We really didn’t want the party to be “all about Kasey”, so gathering for something bigger like a fundraiser for new water wells felt right.

Even with our very generous friends and family, last night he didn’t quite reach his goal of raising enough for one well ($5500), so if any of you would like to give, we’d be so grateful!  You can donate online by going to this donation page — you'll be asked if the donation is in honor or memory of anyone — please say “Kasey” so we'll know if he met his goal. The funds are used toward wells in Nigeria, where many villagers still have to walk miles every day for clean water.  In the villages where they now have clean water wells, disease has decreased hugely and obviously their quality of life has improved too!  (UPDATE:  thanks to so many of your generous donations, Kasey has now met his goal, thank you SO much everyone!!!!!!)

I keep reminding him that there will always be some sad things in life and some triumphs, and even though last night brought back the sadness again, soon it's the triumph that will SHINE through it all and he’ll remember that part the most…

We are obviously so proud of him and thankful for all that God is teaching him through this.

I didn't know he would say this!

By the way, I didn't know he said what he did at the very beginning of the show until I saw it on TV!  He was talking about how fun it was being in that big kitchen with any ingredient you’d ever want to use in your baked goods, especially since, “My Mom wasn’t there saying, ‘no you can’t use this and no you can’t use that!’” He knows well how much I hate certain ingredients and especially food coloring!  🙂       (See that part here, it's at the beginning.)

Thanks everyone for supporting Kasey on Kids Baking Championship!!! 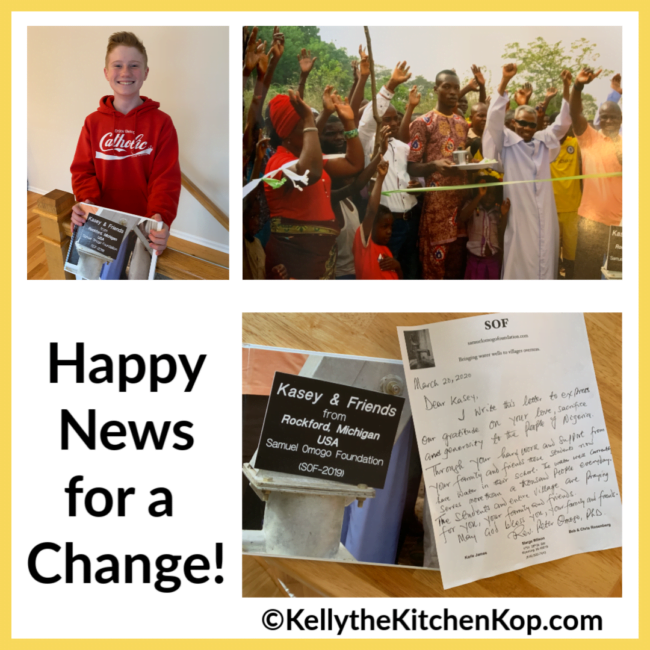 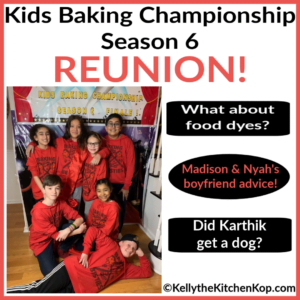 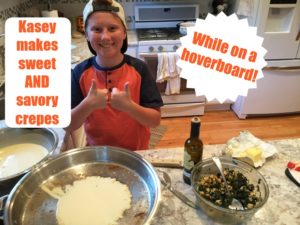 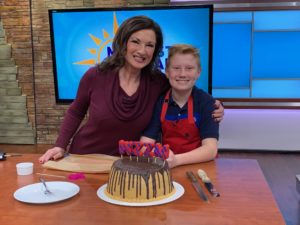 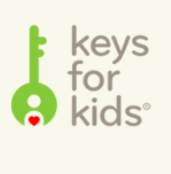 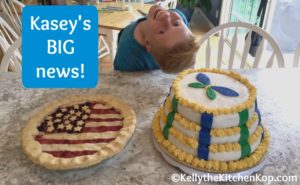 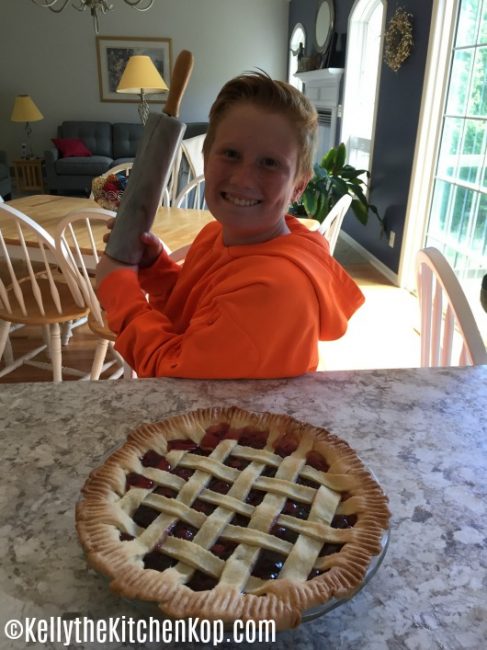 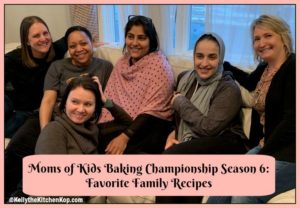 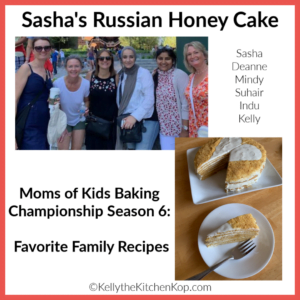