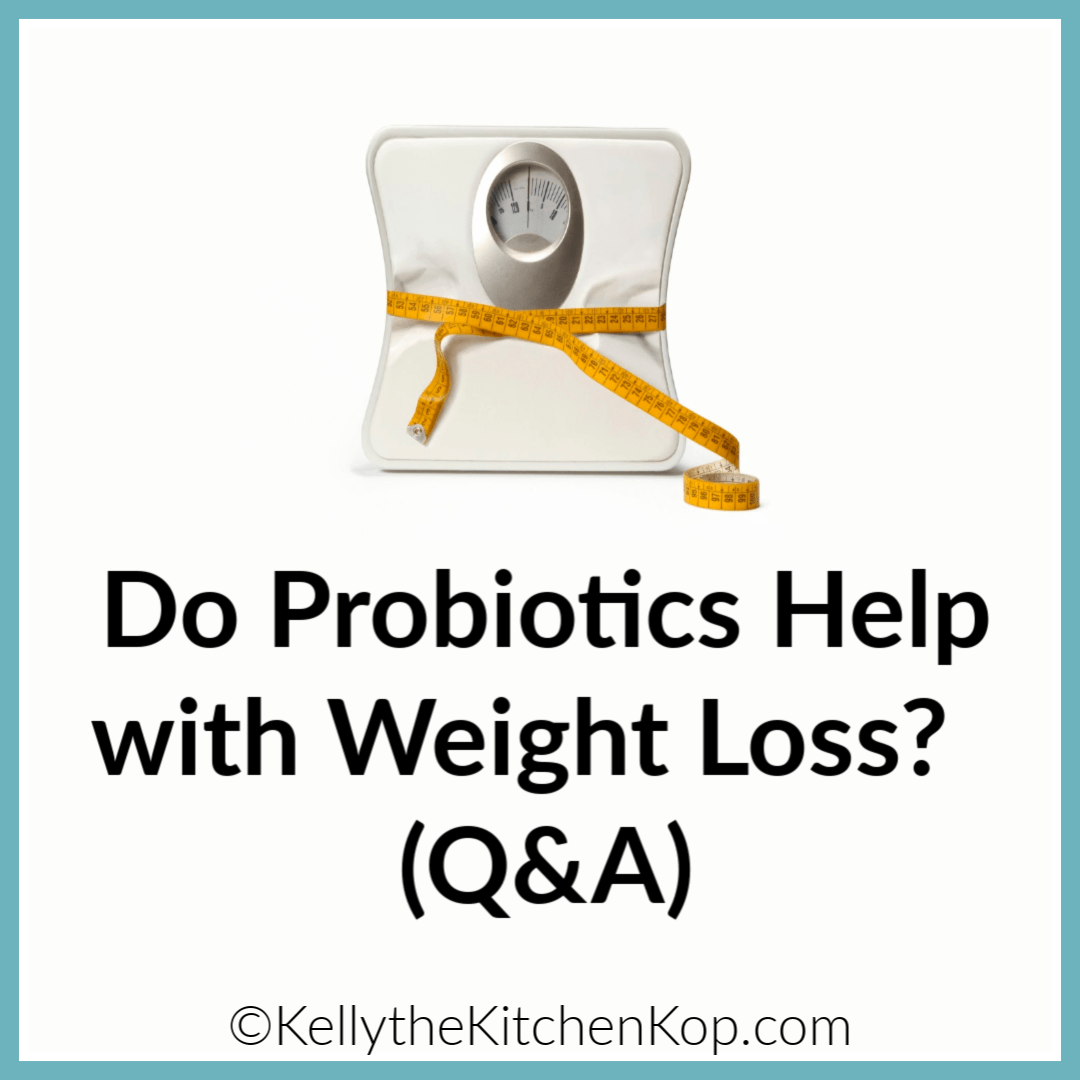 I told you in this other post about how I've been able to lose weight, even after menopause!  In this post I want to expand more on one of the keys that I believe helped me with that.

One thing I've been much better about lately is being consistent with taking my supplements to help with weight loss, and this probiotic is top of the list.  (Get it here and use the code KOP for a discount.)

Here's a Q&A on this topic so you know why it makes such a difference, it's not just for gut health, but for cravings and energy levels too!

Excerpts below are from this interview between microbiologist Kiran Krishnan, who I've interviewed several times on my Youtube channel, and fitness trainer Amanda.  I've interspersed various things I've learned from Kiran over the years into the excerpts to help make them more clear.

There IS a genetic element to it, meaning that your body could have the propensity to become a certain type, so if you look at a bunch of relatives and a lot of them are obese, you have the propensity to become obese, BUT it doesn't mean that you ever have to be, because your genes are really just suggestions.  I always tell people that if you have the genetic predisposition for heart disease it doesn't mean you're going to get heart disease, it depends on your behavior and whether or not you activate those genes.

Or with that family member who can eat whatever they want and always stay lean, we used to always say they have a high metabolism, but it has nothing to do with how high their metabolism is, that infers that they're sitting around and just burning more calories than anyone else, but that's actually not true.  It's all about the proportion of healthy bacteria in that high metabolism person that allows them to get away with eating more.

What happens with about fifty percent of people is they have something called leaky gut (permeable intestines, so every time you eat you're getting a little bit of toxins into your system that shouldn't be there), that becomes a huge issue because now studies have shown that that process sets the foundation for most chronic diseases and also increases your risk for obesity and for storing fat not burning fat, craving sugar, etc., so it becomes really important to seal up the gut with a good diet and a probiotic that can do that.   Even with twins it all comes down to the types of bacteria in your microbiome, it's so precise where we can take a sample of your poop and not know anything else about you, send it to the lab and analyze it and say almost exactly what your body composition is, just by looking at the fecal samples, so for example we'll know if you're chubby or thin, if you're lean or muscular, is your body a fat burning machine and are you satiated after meals, or are you someone who puts on weight much faster and has more cravings?

Bacteria, good or bad, are powerful!

Probiotics can all be different and it's not so much about the concentration or the numbers of strains, it's what the strain IS–the probiotic effects come from the type strain because they have very specialized functions.  The bacterial strains in Just Thrive have the capability of putting this armor like coating around themselves so when they leave the body they're protected in the outside environment.  Bacteria can be very sensitive to things in the outside environment, especially gut bacteria, that's why a lot of these probiotics need to be refrigerated and they can't even stand a nice balmy 70- 75 degrees, well the gut is 98 degrees and super acidic at a ph of one so they can't survive in the gut at all!  But the spores have the capability to naturally survive the gastric system, they don't ever have to be refrigerated, you can actually bake them up to 400 degrees Fahrenheit and they're totally stable.  So they can get through into the gut and there they have the capability of colonizing, then they have the unique capability of finding the undesirable bacteria and eliminating it, so they're like your gut police.  In fact they've been used as prescription drugs since 1958 in Europe and in Asia so they've been on the market for over 60 years in the prescription world just not in the U.S. supplement market.

Take it with your largest meal of the day.

Yes and this can actually help with the intolerance aspect of it which is really good because the intolerance is an allergic response and means your immune system is a little bit messed up. (And there's no dairy, no soy, no GMOs, no other allergens in the probiotic.)

Side note:  homeopathy is also very helpful in addressing food allergies!  This remedy has helped many people overcome dairy allergies and for other food sensitivities this remedy has worked wonders!

Yes in fact it's very good because you want to make sure that you're passing on good microbes to your baby.

Part of it it depends on how off your gut health is.  Some people within the first 7 to 10 days will start to see changes in how their bowels behave, how their body reacts with food, if they had cravings before they'll start to see cravings subside, you'll also start to notice that it takes less food to make you feel satisfied, those are all very positive changes.  Some people will start to see a little bit of weight dropping the first 7 to 10 days, maybe a pound maybe more, you really don't want to see too much more than that because anything more than a couple of pounds a week tends to be more unsustainable, you're not really losing fat per se, so 2 to 4 pounds a week is a great goal.  On average I'd say at about two weeks most people start to see measurable differences and what you want to start to look for is, again, those cravings subsiding, a little bit more energy, more more regular bowel movements, feeling more satiated with smaller amounts of food, those are all indications that your metabolism is changing and your gut flora are being changed.  Then you'll start seeing more weight dropping after the first month or so and you'll see a good steady decline.  Now remember, when asking if probiotics help with weight loss, this is assuming of course that you're also trying to eat right and you're adding in exercise, those are very important things.  You can't just sit on the couch and eat Cheetos and take this probiotic and expect to lose weight unfortunately.

As far as a maintenance, you don't necessarily have to take it every day for the rest of your life because these bacteria hang out in your gut for a period of time and the strains continue to give you the the benefits.  Once you get to your goal weight you can actually go down to taking it two, three, or four times a week and that will depend on your lifestyle, your behaviors, etc.  So what you can do is to slowly start to take it less often and see how you do.

Not only can you but you should.  We've done a number of studies that show that these probiotics work in the presence of antibiotics.  The vast majority of other probiotics will be killed off by antibiotics and so they're not really going to do a lot for you, but it becomes extremely important to protect your gut in the presence of antibiotics, because one of the things that antibiotics will do is wipe out virtually all of the bacteria down to a very low level, the good and the bad.  What you've got will rebound and come back but what comes back and the ratio is where things get screwed up.

Also there's very heavy use of antibiotics in the farming industry, they feed chickens and cows and pigs a lot of antibiotics, not to keep them healthy, it's to keep them gaining weight!  I worked in the food and meat industry as a food safety microbiologist for 10 years, so that's one of the things you learn is that the the purpose of the antibiotics is the animals gain weight much faster and the goal of every meat company is to get that animal to a certain weight in the shortest amount of time.  Every day their animal is growing it costs them millions of dollars in feed, for example Tyson Foods, one of the largest chicken manufacturers, are the largest consumer of corn in the world, and the reason they consume so much corn is because of chicken feed, so every single day that they can avoid having to feed all those billions and billions of chickens that they produce saves them millions and millions of dollars so they can get the chicken to that goal weight in 21 days instead of 27 days, it's a huge savings.  That same thing happens in humans because it screws up that balance of bacteria and the bacteria that tends to come back after the antibiotics are the ones that are not favorable, so you want to be really careful doing antibiotic therapy only when absolutely necessary and then taking a probiotic that actually works in the presence antibiotics to protect your body from overgrowth of the bad bacteria on the rebound.

See why I make sure to take these every day?!

Get Just Thrive here and use the code KOP for a discount. 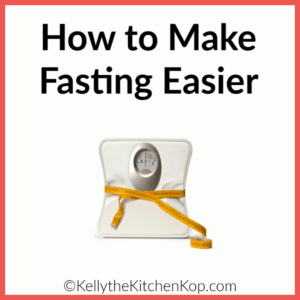 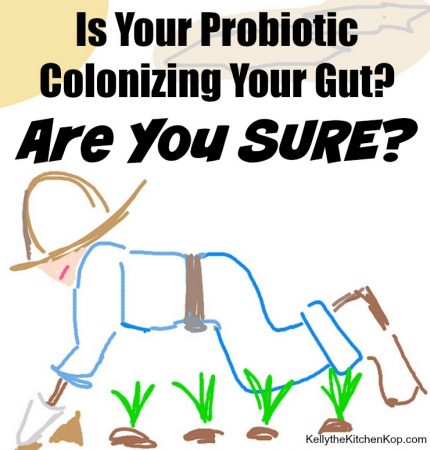 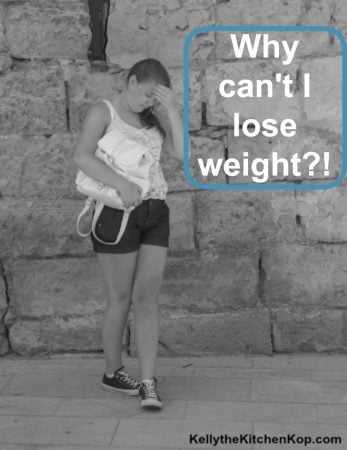 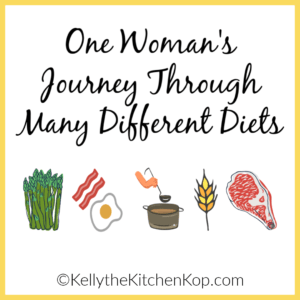 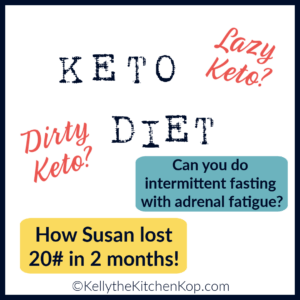 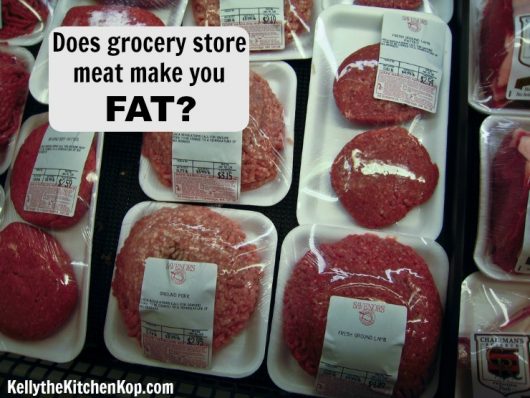 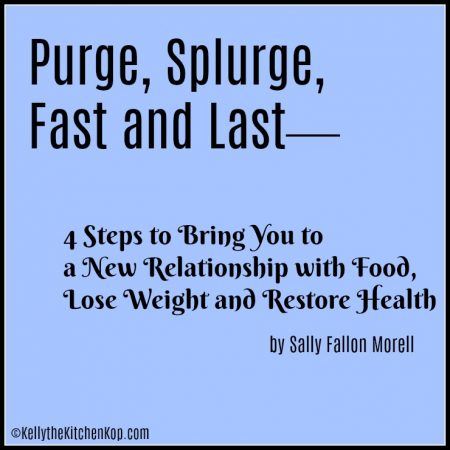