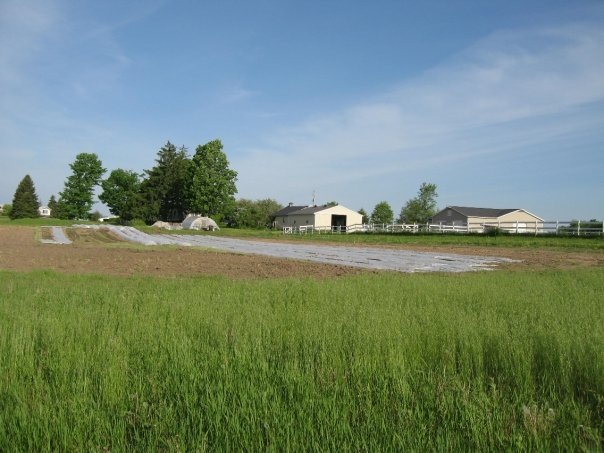 Why eat organic, local food?  What is “Sustainable agriculture”?

Since this is a Rookie Tip after all, I'll keep it simple: when you are shopping for food and have two choices in front of you, always pick the one that is organic if you can afford it and when you can find it, and preferably local too!

(Note that you can get a free cheat sheet on how to afford real food, and which food to choose in every category, by joining my “Krew” here.)

What is Sustainable Agriculture? Note that I've recently updated this post and switched the order around between 2 & 3.  I no longer will choose local over organic, because I want to avoid dangerous chemicals on our food, especially glyphosate, and I want to avoid genetically modified foods as well.  Read more about glyphosate and GMOs below.

What's the Connection between Glyphosate and genetically modified crops/GMOs?

Over 80% of genetically modified (GM) crops grown worldwide are engineered to tolerate being sprayed with glyphosate herbicides,1 the best known being Roundup. The herbicide kills all plant life in the field apart from the crop. These crops are known as glyphosate-tolerant or “Roundup Ready” (RR) crops.

The idea behind such crops was to simplify weed control for farmers. The farmer could douse the entire field with glyphosate herbicide, killing all weeds without killing the crop.

But this is not the way things turned out. Weeds have quickly become resistant to glyphosate herbicide through a process called selection pressure, in which only those weeds that tolerate the herbicide survive to pass on their genes. The resulting epidemic of glyphosate-resistant “superweeds” has caused huge problems for farmers in countries where glyphosate-tolerant crops are widely planted.

As glyphosate becomes increasingly ineffective in weed control, farmers are turning to older, even more potentially toxic herbicides, like 2,4-D, an ingredient of the Vietnam War defoliant Agent Orange, and dicamba.5 6 7 8 9 10 11 12

People and animals that eat GM herbicide-tolerant food crops are eating high levels of residues of glyphosate and its main metabolite, AMPA.13 Both chemicals are toxic.         (Find the full article including reference links here.)

And people wonder why I'm a freak about what I feed our family?!