Do you know anyone who still actually believes high fructose corn syrup is “OK in moderation”?

As I've said before, my problem with the “moderation” word, is that it means something different for everyone. Moderation with HFCS in our family means our teen has a pop now and then if he's at a friend's or if we're at Grandma's. (Soda pop is FULL of high fructose corn syrup.) Even this drives me crazy, but I zip my lip, because I know that if we totally forbid it, then it would be all the more appealing. (But I sure love when he gets some acne right after drinking it!) This averages out to about one or two a month or so for him. (The younger kids might get juice about as often, and that's as big a treat for them as pop is to our oldest.) But pop in moderation for someone else might mean, “I only have one a few times a week“, or “I only have one a day“, or “I only have one at each break time, I don't sip on one all day like some…” All this “moderation” doesn't even include all the other foods High Fructose Corn Syrup is found in! (Diet pop isn't any better, by the way…) 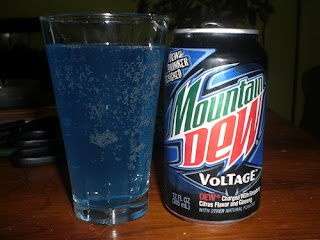 I'm curious what your experience has been, but I think most people who still drink pop regularly, or don't read labels to try and avoid high fructose corn syrup, fall into one of these two groups:

A. They know it's not great, but have that same old mentality of, “Oh well, we can't live forever anyway!” Unfortunately, no amount of knowledge in the world can help them along until they're good and ready to make some changes in their life. Until then, they're just inching their way closer to heart disease or other degenerative diseases that will prevent them from enjoying their later years, if they make it that long.

B. They don't realize that it's in almost everything, which is one of the reasons why I try to buy mostly organic. Those of you who are new to eating healthier may have no idea how fortunate you are, because 5 years ago when I got on this bandwagon, it was not easy finding healthier alternatives. Not only are the better options much more available these days, they're also becoming more affordable all the time.

Here are more high fructose corn syrup links in case you're not convinced how terrible it is yet: