With all the hype about alkaline vs. acidic diets, you may want to know the real scoop…

Exactly who should eat an alkaline diet?

Despite the lack of science behind it, the health advantages of your body being in an alkaline state is a concept that has been recycling around for a couple of decades now.  People buy pH papers and fanatically test their urine and saliva. They pay thousands of dollars for expensive alkalinizing water filtration units. They eat avocados at every meal, avoid red meat, and whisper in restaurants that they don't usually eat so “acidic', as they dig into their chicken salad.

The concept that ‘being physically alkaline leads to better health' grew out of the 150-year-old thinking of the Natural Hygiene movement.

The Natural Hygiene movement is a philosophy of thinking developed in the 1860's by Herbert Shelton. With the support of Sylvester Graham (as in graham cracker) and Herbert Kellogg (yes, that Kellogg, even then he had money), ‘Natural Hygiene' spa and retreats based on Shelton's recommended eating plan sprang up all across the nation. This movement was heavily based on the importance of sunshine, fasting, and vegetarianism (because meat is categorized as very acidic).

A little context:  the proponents of this movement also believed sex to be “dangerous” to human health!

Being of an animal nature, sex therefore makes you “impure”, or so went their thinking.  No conjugal beds allowed at Natural Hygiene retreat centers! Same was true for the eating of meat. Exactly how they thought the reproduction of the species, along with the eating of meat, was an inherently unhealthy act is something I've never worked out. And yet, despite the clear lack of science behind this philosophy, these dietary tenets persist today. Just check the bookshelves of any natural foods store!

I began to question the basic premise of the acid/alkaline dietary perspective when I was first exposed to both the Traditional Foods principles of the Weston Price Foundation as well as the Paleo diet. I was gobsmacked to learn that the genetic background of modern humans virtually hasn't changed in 2.5 million years. Testing of human anthropological remains proves that we are still genetically 99.9% the same as our paleolithic ancestors.

Yes! Genes change that slowly. Modern humans are, as I like to say, simply cave dwellers with lattes in our hands.

So let's think about how our paleolithic hunter-gatherer predecessors could have survived and thrived through millennium. Lacking fancy filtration units, did they track down and drink only from properly ‘alkalinized' water sources? Or politely decline a piece of meat?  “Oh, no thank you, I just had some starch and can't combine flesh with tubers.”

Paleolithic humans ate what they ate when they ate it. And from an evolutionary perspective, our genetic material, including that of our digestive system, evolved around what we consumed and how we lived for millions of years before the invention of agriculture. 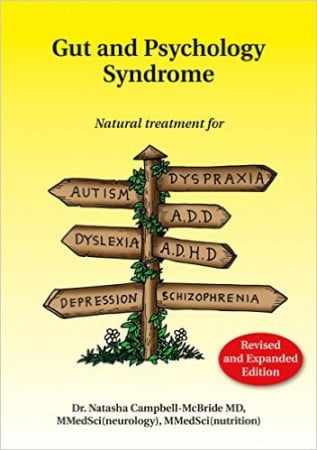 So I asked my roommate at the time, who was a longtime emergency room nurse, for her opinion on the importance of maintaining an alkaline state. She said that the body regulates the pH of the blood extremely carefully and that if we become either too alkaline or too acid we simply pee that excess out. She also said that the body apparently changes its pH state in cycles, and that if we just leave it alone long enough it will balance out.

Which is exactly what Dr. Natasha Campbell-McBride, a neurologist, probiotics expert, and author of the Gut And Psychology Syndrome Diet says here:

There is a myth in nutritional circles that ‘being acid is bad' and that all of us have to strive to be alkaline all the time. Different foods have been classified to be ‘alkalizing' (such as fruit and vegetables) or ‘acidifying' (such as grains and meats).  This simply is not true.

Your body shifts from alkaline to acid states all the time depending on many factors:

Only your body knows how to use foods at any given moment of your life; only your body has the inner intelligence to make these impossibly complex calculations.” (emphasis mine)    (Source: One Man's Meat Is Another Man's Poison!)

In other words, it's not only far too simplistic to believe that we need to be constantly alkaline for ideal health, but also we don't even fully understand the mechanism for what creates this ever-changing aspect of our physiology.

At the time I asked my nurse roommate's opinion, I was checking my urine daily (actually, often several times a day – it's addictive!) with pH strips and alkalizing my water the ‘cheap way' with baking soda.

Suddenly it dawned on me that since I already knew I had adrenal exhaustion and that having fatigued adrenals leads to chronically low stomach acid, ergo…

I was probably making my already low stomach acid even worse by drinking alkaline water!

I stopped drinking the alkalinized water, added more meat back into my diet, started taking Betaine HCL (short-hand for hydrochloric acid) with every meal and returned to consuming probiotics daily.

Just to see what would happen, despite my change in approach, I continued testing the pH levels of my urine.

My digestion, energy and mood improved slowly but steadily. I felt better every week until, lo and behold, my urine also began to test out as less acidic over all than when I was following the acid/alkaline diet principles.

Increasing my acid intake made me pee out less acid?!?!!

This reality ran totally contradictory to what I read in the alkaline promoting literature.  My belief now, however, is that the acidic Ph urine test results I regularly got in the beginning were actually a reflection of my impaired digestion due to adrenally exhausted induced, low hydrochloric acid levels… which I proceeded to make worse primarily by drinking alkalinized water.

How can low acid in the stomach lead to high acid on a urine pH strip?

When stomach acid is too low, not only is nutrient uptake damaged due to protein and minerals not being broken down and absorbed appropriately, but the pH in the intestines is impacted as well.  This change in environment to higher alkalinity can kill probiotic microflora, leading to Leaky Gut and systemic inflammation.

Improve the digestion (like with live kombucha, fermented vegetables, and probiotics), reduce systemic inflammation with a Traditional Foods low-allergen diet and what you'll see next is a perfectly healthy fluctuation from alkaline to acid based on the body's needs.

Anyone with adrenal fatigue and its accompanying low stomach acid should, I think, be particularly careful applying the acid/alkaline principles to their diet.

And, ironically, I also believe that most everyone does, indeed, have some degree of adrenal exhaustion.  Chronic low stomach acid can be indicated by a lack of appetite, feelings of being easily filled up, fullness or bloating (like your food is “a rock”) or even occasional indigestion or acid reflux.

For information on how to determine if you need HCL, and, if so, how much, see this article: How to Supplement with Betaine HCL for Low Stomach Acid.

And the recommendation by alkaline health “experts” that food should only be eaten according to correct food combining principles?

Weeeelllllllll, if your digestion is impaired then you might notice some benefit by eating in such a way that your damaged digestive processes are less challenged – like by following the food combining principles. But doesn't it seem a lot easier (Have you seen the complexity of the food combining rules?) and more productive in the long run to simply bring your digestion back up to normal instead?

It's so much easier to just do the following:

So, do you have any experience following the alkaline diet principles? Perhaps you bought a water filtration unit that also alkalinizes? Have you ever worked with a health professional who ascribes to this philosophy?  Please let us know your experience!

This was a guest post by my sweet friend, Joanie Blaxter, who is now a regular writer around here!

Disclaimer: Neither Joanie nor I are health professionals!  Use what you read here as part of your own research and then consult with a natural-minded doctor or health professional you trust to find what is best and right for YOU.  Read my entire disclaimer here, and also note that there may be affiliate links in this post.