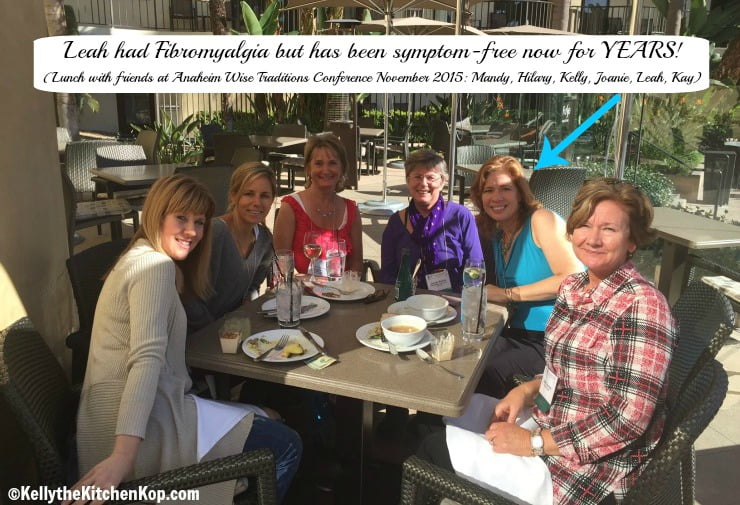 Do you know anyone with chronic pain or someone who has been diagnosed with Fibromyalgia or Chronic Fatigue Syndrome?  Do you wonder, “Is Fibromyalgia an Autoimmune Disorder?

Is Fibromyalgia an Autoimmune Disorder?

Last week a comment came through via email from a reader who wasn't happy with me because I'd lumped Fibromyalgia in with other autoimmune disorders.  She said:

“This is just too much BS, Fibromyalgia is NOT an Autoimmune disorder.“

So I thought I'd go straight to the expert and ask Leah!

Me:  I received this comment in an email from a reader, isn't Fibro an autoimmune disease??

Leah:  Officially fibro is not an autoimmune disease, but quite a few practitioners think it is. Clear as mud?

Me:  So you don't refer to it as one then I assume?  I guess I thought it was because it can be reversed as other autoimmune diseases are, through healing the gut, right? Or no?

Leah:  The official, conventional, mainstream medical stance is that fibro is of unknown origin, cannot be cured and is not autoimmune. Autoimmune means that your body is attacking itself, for example, as manifested by Rheumatoid Arthritis attacking the joints and then on to other organs.  (Note from Kelly:  see my other post about healing Rheumatoid Arthritis!)  As far as I know, I don’t know of any disease that can be cured from a conventional medical standpoint. (Perhaps big pharma won’t allow it.) I never say Fibro is autoimmune because I want doctors to listen to what I have to say. I also do not say the word “cure” as it is a loaded word. I say Fibro is a disease that acts similar to an autoimmune disease and I have recovered from it. When pressed, I say I no longer have the symptoms of Fibro, but whatever the mechanism in my body was that made me sick is still present. As long as I do the things I need to do to be well, I am healthier and more resilient. I have more vibrancy and energy than most people, even those half my age. Anyone else would call that a cure, but only MD doctors are allowed to cure anyone of anything in this country!

Me:  So it's a game you have to play, I get that, but do YOU believe that it's an autoimmune disease? Leah:  I think it’s an autoimmune disease by the definition of autoimmune diseases. Dr. Natasha Campbell-McBride thinks so too, and she’s one of the smartest people in the world.  🙂  Also, at this time the mechanism that made me sick is still active in my body. It is my hope to reverse that as well someday, hopefully soon.  Also, Dr. Natasha agrees that people can completely recover from FMS. When I interviewed her yesterday, after the interview she said she really liked my book!  (Freedom from Fibromyalgia.)  People get too much into dogma and not enough into solutions, in my opinion.  In conventional medicine no autoimmune diseases are curable, but with most the symptoms really are fairly manageable. However with Fibro in the mainstream, the symptoms are “barely manageable”.  So it's new to conventional docs that anyone can even manage their symptoms somewhat, and fairly unheard of for someone to recover.  All of these autoimmune issues can be improved and even reversed with gut healing. However, conventional medicine says that's not true, and “here's some more drugs”.

Me:  You said, “Also, at this time the mechanism that made me sick is still active in my body.”  How do you know this if you are symptom-free?

Leah:  There is currently no blood test for Fibro, the symptoms are actually pretty vague, and the Tender Point exam is held as the gold standard. A positive Tender Point exam could be due to other things. Right now Fibro is diagnosed by eliminating other conditions the symptoms could point to, while seeing the collection of symptoms that are present. So pain, fatigue and sleep disturbances can be caused by other things, and once those are ruled out, then a diagnosis of Fibro is given as long as it has been happening for longer than 3 months and the Tender Point exam is positive. Sometimes doctors do not rule out other things and that is how Fibro got the term, “Garbage-can Diagnosis.” You can have similar symptoms from Candida overgrowth, mold toxicity, and heavy metal poisoning to name just a few.

That being said, if I do not do the things I need to do to keep myself well, such as eat nutrient-dense food, make sleep and exercise a priority, etc., I will start to feel uncomfortable again. Thankfully I never get to the point where I am in pain or in a flare anymore, partly because I know what actions to take to feel better, and partly because the longer I am healthy, the more resilient I become. Dr. Natasha and I talked about this in my interview with her.

I am not certain what the cause of Fibro is, or the mechanism that is still active. With doing over 15 years research into this subject, my suspicion is that may be some sort of retro virus meeting a susceptible host with a damaged digestive system, which in turn causes toxins to build up. I am not certain how the retro virus would be acquired, possibly through vaccinations.  If that does turn out to be the case, then the mechanism that runs Fibro in the body could be healed. In a multi-step process of healing the gut, getting the toxins out, eating nutrient dense food, limited exposure to more toxins, and increasing the immune system function. I think that homeopathics then also could be used to get at the source of the retro virus. Joette Calabrese suggested this remedy.

Time will tell, but in the meantime I am feeling fine and I want others to be helped as well. So that’s why I’m on this mission!