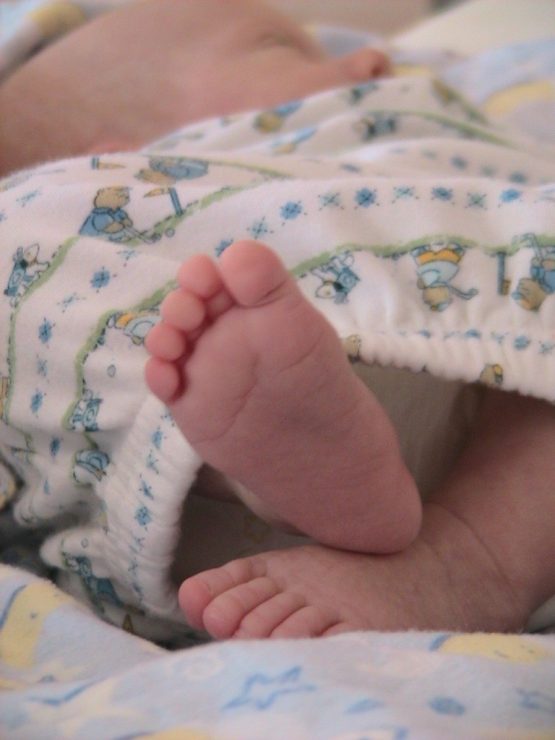 If you missed part 1, that’s where I talked about vaccination safety issues and the 6 factors that led to the following immunization decisions. This is part 2.

Our 5-part plan for vaccinations (with our youngest child):

Why Not Skip ALL Vaccines?

After all the reading I did, it was a very compelling and tempting option to not immunize him at all.  Many informed parents do make that choice.  But there were issues with that too, and probably not what you'd think. I didn't worry so much about him getting measles or mumps (or other diseases), because some are so very rare.  Others, like I said earlier, were diseases I remember getting myself or family members getting as part of childhood (measles, mumps, chicken pox) and this could build up his immune system. But I wondered about the ramifications of the possibility (rare as it is) of getting something in a world that hasn't seen it in years. Would doctors recognize it? Would they be “up” on treating it?

Some shots, like Tetanus, are even recommended (the way I read the article anyway) by all-natural doctors like Tom Cowen, who wrote about it in the recent issue of Wise Traditions.

If you want to get some but not all, or SLOW down the schedule, check out this list from Dr. Paul Thomas who wrote the Vaccine Friendly Plan.

*As I'm updating this many years later, I have to say that if I had to do it again…

I'd likely choose NO shots for our kids, now that I know what I know about how little drug companies can be trusted.  Just browse through here and you'll quickly see why I'm so leery…

Or read this story:   One Day from Hell — Unbelievable Video of Vaccine Injured Michigan Triplets.  These parents trusted.  🙁 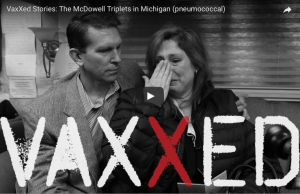 How Do School Exemptions Work?

Everyone asks, “But don't you need those shots for your kids to go to school?” The answer is yes, but depending on your state, you can usually sign a waiver to get around it.  (See sites below.)

Our youngest started preschool recently, and when I turned in his required vaccination form I just attached the waiver form to it (listing the shots he doesn’t get) and never heard anything about it, so apparently I did it right.  One thing I’m not sure about yet is if I’ll have to fill out an exemption/waiver form every year, anytime he goes to a new school, or only once?  Likely it will vary by state.  Here’s the site where I downloaded the vaccine exemption form from – you can find all sorts of good information there.  Go to the “similar sites” link if you’re not from Michigan.  Go to “Vaccine Waiver” to print out the forms.  There were a couple to choose from – the wording was terrible on the one written by the state, so I printed and used the M.O.M. form.

I hope all of that helps you!

Don’t expect everyone to “get” it

If you do decide to not have your child immunized, I have heard stories of parents really feeling ostracized over it. Your doctor, friends, family, school staff, anyone in your life who just doesn't get it, may be all over you. When researching this I did speak to our doctor, who is definitely mainstream.  But when I was pregnant and asked what he would think if we didn’t immunize he said, “I’ll try to talk you into immunizing, but it's your choice and I'll support you either way.”

That's what I needed to hear, it's OUR parental choice!

As awesome as I think this is, still, that's how it should be. If not, I'd suggest you consider switching docs. After talking to other friends and hearing horror stories, I’ve learned that my doctor's response is not common. Some offices require immunizations or you can’t be seen there.  (Which may not matter much if you’re into the traditional foods lifestyle, you won’t need to be seen very often.)  As a matter of fact, as I'm updating this post many years later, our doc is the only one in the entire huge office of doctors who will still see patents who refuse any immunizations, including the flu shot.

By now everyone at our health care office knows me and that I'm one of “those” Moms, so when I take our youngest in for the certain shots we’ve decided he’ll get, the doctor or nurses just ask, “Which shot do you want him to get today?” They know I've researched everything, and that I know what I'm doing as far as the schedule I've got him on to get caught up to those who immunized on the “regular” schedule.

Or if I'm there for a check up (which is RARE, but I think it's important to maintain a relationship with our doc just in case), they don't even ask me anymore if I want the flu shot.

The more we discuss this the better because we're raising the awareness of parents, doctors and researchers, so comment here and share your thoughts about your own decisions.  Talk about it with your friends and family.  If you see a pregnant Mom and have an opportunity, you could ask her, “Have you thought about the immunization issue?”

Although I'm warning you, it's a VERY sticky topic.

I've had parents get upset with me just for bringing it up.  I was really nice and calm, too.  I didn't go on and on about it (though I certainly would answer their questions if they actually ASKED and if they seemed open!), I just shared the one sentence, “Have you looked into the issue of vaccine safety yet?”

I think the reasons people get so upset are many…

They don't want the mental burden of feeling like they have to research something that they just don't think they'll ever totally understand.  They also don't know WHO to trust, or they probably don't know if they could ever find the real truth.  They just want to be able to blindly trust their doctor who is probably a really nice guy, like ours is.  It's very inconvenient to dig deep into this issue, it takes a LOT of time and brainpower, and people are already overwhelmed these days with their jobs, their kids, and their crazy schedules!  I certainly didn't want to look into this either, but once my eyes were opened to the corruption that is everywhere and especially the questionable practices of the drug industry, I knew I just had to.  Besides, the time it takes to delve into this is nothing compared to the time and incredible heartache involved with raising a special needs child.