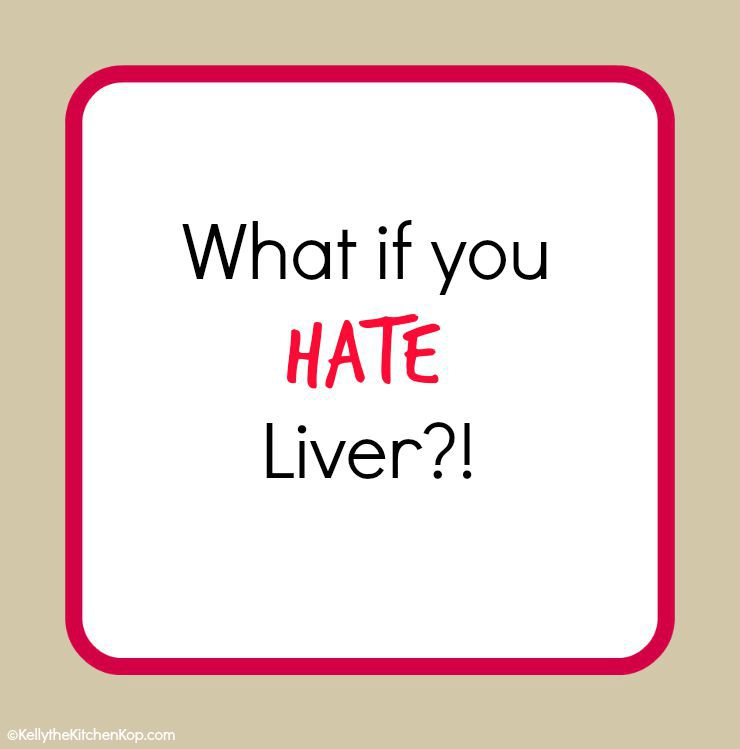 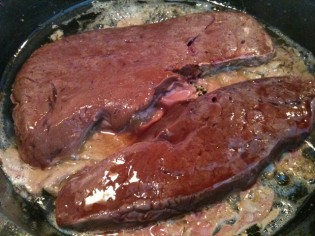 It's not easy to love is it?  The big red blob frying in the pan, well that could make even the toughest cook a touch queasy.  The distinct strong flavor?  Only the BEST tasting pâté can cover it, and I have had some, but it's not easy to find or make.  I've gotten it by our own kids (see I ate liver and loved it, I even got it by our teenager!), but it still hasn't become part of our daily or even weekly routine.  You also may wonder, is it even safe to eat liver?  Doesn't it filter out toxins?  Click that link for the answer.

What if you hate liver?  I love that we have OPTIONS!

Vital Proteins has a new option for those of you, like us, who just don't get enough liver into our diets for one reason or another:  Beef Liver Capsules!

Read more from “The Liver Files” about the ‘anti-fatigue factor'.

Liver’s as-yet-unidentified anti-fatigue factor makes it a favorite with athletes and bodybuilders. The factor was described by Benjamin K. Ershoff, PhD, in a July 1951 article published in the Proceedings for the Society for Experimental Biology and Medicine.

Ershoff divided laboratory rats into three groups. The first ate a basic diet, fortified with 11 vitamins. The second ate the same diet, along with an additional supply of vitamin B complex. The third ate the original diet, but instead of vitamin B complex received 10 percent of rations as powdered liver.

A 1975 article published in Prevention magazine described the experiment as follows: “After several weeks, the animals were placed one by one into a drum of cold water from which they could not climb out. They literally were forced to sink or swim. Rats in the first group swam for an average 13.3 minutes before giving up. The second group, which had the added fortifications of B vitamins, swam for an average of 13.4 minutes. Of the last group of rats, the ones receiving liver, three swam for 63, 83 and 87 minutes. The other nine rats in this group were still swimming vigorously at the end of two hours when the test was terminated. Something in the liver had prevented them from becoming exhausted. To this day scientists have not been able to pin a label on this anti-fatigue factor.”

This post was originally paid for by Vital Proteins, but you all know I'm a sucker for superfoods.  🙂