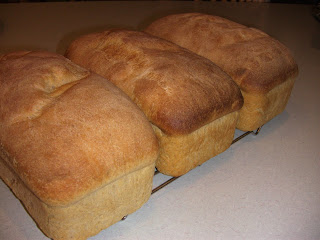 There are so many choices when it comes to which bread is healthiest, it's not easy figuring out what you should eat. If you're like me, especially if you're just starting out trying to eat healthier, you want it real simple, so I've compiled this list.

Some would say the best choice is no bread at all:

Here's my opinion, and it's only my opinion, based on the collective reading and research I've done through the years:

I still eat too many grains, they're not all properly prepared, and I don't use as many alternative grains as I should, either. But the more knowledge I have, the better I do all the time. I don't eat nearly the amount of bread, pasta, (or sweets for that matter) that I used to.But I still have far to go!

Do you make your own bread? If not, what bread do you buy for your family?