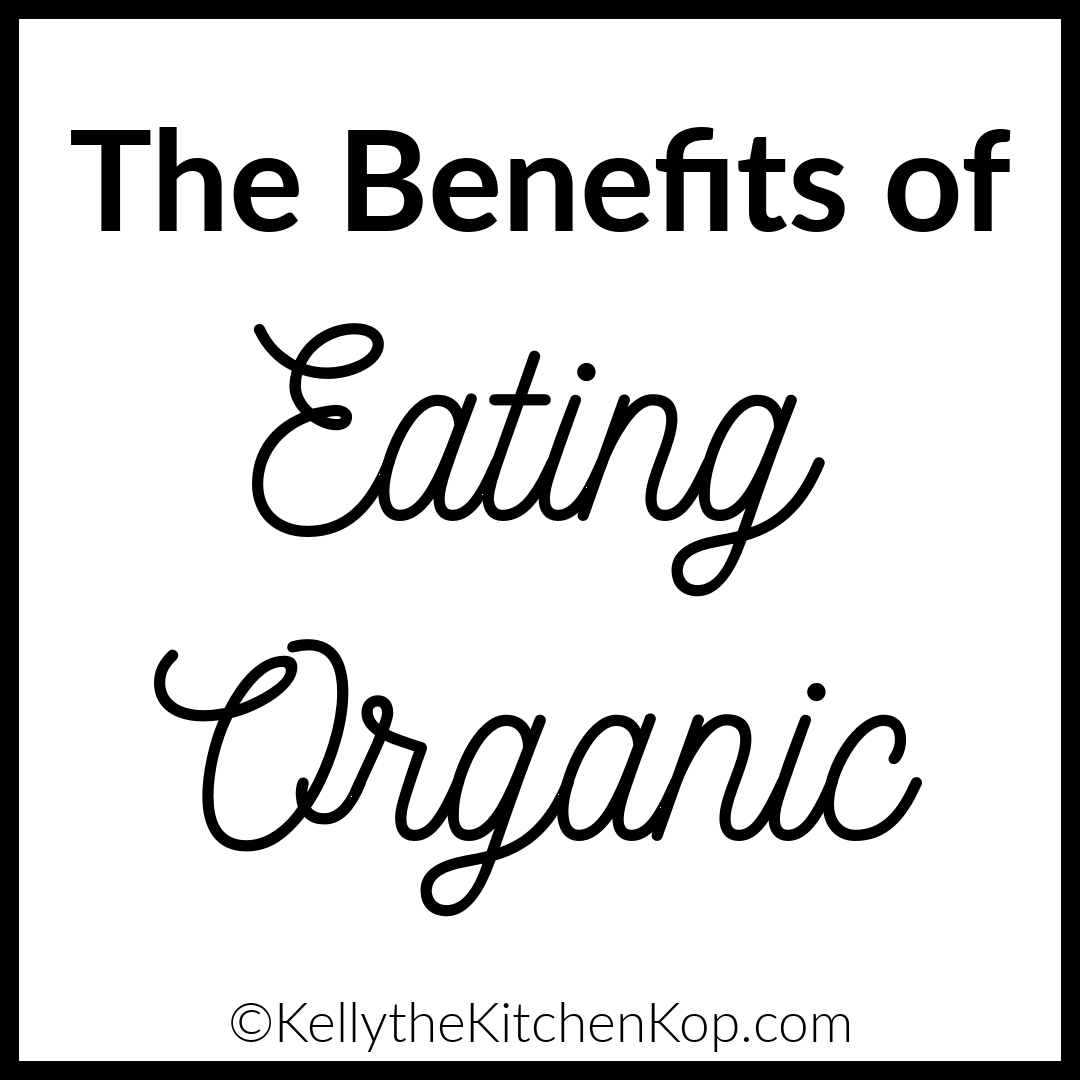 Has anyone else noticed a trend among our friends and family members, mostly female, of being prescribed thyroid medication?

I hear about more and more middle-aged women losing their hair and/or struggling with mysterious weight issues.  Even more concerning are the Millennials with fatigue that keeps them in bed half the day who tell me they've never been able to stabilize their cycle, especially after getting off the Pill, and now their doctor is recommending lifetime synthetic thyroid medication.

Oh, and many of these twenty-somethings are also being cautioned by their physicians that they may never be able to conceive!

Since the thyroid and adrenals are glandular “twins” within the endocrine system, a thyroid dysfunction is characteristically entwined with some degree of adrenal exhaustion, and vice versa.  Interestingly, the main symptoms, uncontrollable weight gain and fatigue, commonly show up for both adrenal and thyroid conditions.

And thyroid problems are not limited to adults.  It is openly acknowledged that we have an obesity epidemic among our young people.  The finger is pointed at video games, poor parenting, sugar consumption, but nowhere do we hear of the effects of agricultural poisons in our food, soil and waterways…

According to to Andre Leu, president of the International Foundation for Organic Agriculture and author of the book, The Myths of Safe Pesticides, one of the best studies to date on this subject was done by Dr. Warren Porter and his associates at the University of Wisconsin using data from the United States Geological Survey in which water was examined for the presence of pesticides and nitrite fertilizers. Their tests showed a whole range of adverse effects from drinking water contaminated at low levels with agricultural pesticides and commercial fertilizer.  One of the clearest disease effects was endocrine disruption and pediatric obesity as a result of impaired thyroid functioning for growing children.

According to Leu, while mortality rates for cancer in developed nations tend to be better due to technological intervention, staggeringly high numbers of people worldwide are developing cancer related to:

The United Nations' World Health Organization maintains an environmental program looking at endocrine disrupters, particularly diseases of the sexual tissues. Those cancers are on the rise – (and leading to) birth defects, lower reproductive rates.

Medical intervention seems to have come to the end of its technological reach and Baby Boomers are now considered likely to be the first generation with a shorter lifespan than their parents.

Ironically, the cause of this deadly trend is well documented, not secret, and yet virtually never reported upon.

All across the world, the data is verified and undeniable.

80% of all cancers are caused by

This has been reported by:

So what are these “outside environmental influences” so clearly proven to cause such widespread endocrine disruption and cancer?

According to Leu, it is:

And, in my opinion, some of the earliest symptoms of endocrine disruption commonly start with adrenal fatigue and thyroid problems.

The International Federation of Gynecology and Obstetrics (FIGO), a group representing OB-GYNs from 125 countries, released a report detailing the detrimental health effects caused by even small exposure to common chemicals like the ones found in pesticides, plastics, and air pollution…

Some 30,000 pounds of chemicals were manufactured or imported for every person in the United States in 2012 alone—a whopping 9.5 trillion pounds in total.

(Emphasis mine, source: We're Surrounded by Way More Chemicals Than We Thought, and These Doctors Say We're Screwed)

Why aren't the chemical manufacturers being held accountable for the cost of the diseases and suffering they are creating?

And despite obvious and completely valid scientific documentation from respected researchers…

Have you ever even once read a mainstream media report linking cancer with pesticides, herbicides and nitrites?

Even worse, it's more like a media public relations blitz to cheerlead the perception that these industrial poisons not only have no effect on our health, but, in fact, we're actually winning the war on diseases caused by them, particularly cancer.

Really? What is this based on?

These media flourishes are supposedly based on a report just published in the journal CA: A Cancer Journal for Clinicians titled, “Cancer treatment and survivorship statistics, 2014,” which analyzed cancer treatment data from 3 sources: the National Cancer Data Base (NCDB), the SEER-Medicare linked database, and the SEER*Stat database.

However, if you actually take the time to read the research itself and read between the lines you will find it in no way justifies these optimistic characterizations; to the contrary, the national cancer outlook looks exceedingly bleak.

(Emphasis mine, source: The Cancer Industry Owns the Media and Your Mind)

This isn't difficult to believe, when everyone knows someone, and often several people, with cancer.  🙁

So why the media blackout?

Answer: the “revolving door” between the chemical corporations, regulators and government representatives, and our educators at the university and college level.

Our government currently invests next-to-no funding in research and education that is independently designed to protect public health, specifically on this issue.  Instead, for the most part it relies on industry paid, funded or supported researchers, educators and “experts” to produce these reports and advice.

But I thought concerns about pesticides were debunked years ago!

Yes, the chemical industry has always promoted the idea that we have nothing to worry about because “better chemistry” is constantly coming out.

As an example, in response to the environmental and health activism of the 60's (think DDT and Rachel Carson's book Silent Spring), agribiz replaced organochlorines with organophosphates, another class of chemicals that break down much faster.

Chemicals that “break down much faster” – is that kind of like “evaporation”?

Unfortunately, nothing could be further from reality.

What we now know is that when these agricultural neurotoxins break down they don't simply disappear.  In fact, they degrade into an altered, but still very measurable, form of the poison which is:

We have no idea about the long-term effects of these more long-lasting chemicals.

Industry “safety” studies only test for the original chemical, not the more degraded form, which is much more likely to be the one we drink, eat, breathe and absorb.

Agricultural giants like Monsanto like to emphasize that the toxins they produce are being used “responsibly,” but the reality is, chemical-induced illnesses and organ failure take decades to document and prove.

Meanwhile, over the last forty years, industrial and agricultural chemical sales have literally blown sky high. There is not a place left on earth not exposed to these toxins.  There is absolutely no way manufacturers can claim that all these poisons are being used responsibly.

The key to understanding our skyrocketing DISEASE rate is to simply compare it to fertilizer / pesticide / herbicide SALES, not research results.

So, no, the world hasn't blown up with a big, obvious pesticide boom over the last forty years.  But then again, cancer and infertility are rather quiet, decades-long explosives.

Leu said that he got interested in truly understanding the effects of pesticides out of a very personal experience.  Farming organically in Australia for over forty years, nevertheless, every spring Leu gets ill due to pesticide drift from his neighbors.

Aaargh!  Is there ANYTHING we can realistically do to improve our health?

Without a doubt.  Eating organic makes a huge difference!

Is eating organic enough to fully protect us from poisoning by all manufactured chemicals?

No, as Andre Leu will attest, since industrial toxins are also in the air, water, soil and products all around us, far beyond being sprayed directly on food.  Literally, in this country, they are used everywhere.

But feeding ourselves and our families organic is a GREAT place to start — the benefits of organic eating really are more important than ever!  Perhaps more so daily, quite literally!

If you need a visual for EXACTLY how much difference it made for a family of five in JUST ONE WEEK, see the VIDEO BELOW.

Due to funding sources, most conventional cancer organizations heavily promote biotech and pharmaceutical “solutions” to the cancer epidemic.

I am so sick of pink ribbons!!!  Did you know that…

Breast Cancer Awareness Month (BCAM) was launched by Astra Zeneca, a pharmaceutical company that sells cancer treatments on the one hand and carcinogenic pesticides on the other?

So it was a great pleasure to recently meet two amazingly well-informed and dynamic staffers at September's ShiftCon conference for eco bloggers in Los Angeles. The Breast Cancer Fund is truly my kind of educational cancer organization!

Unlike most cancer nonprofits which promote risky technological detection and intervention that is pharmaceutically and chemically based, the Breast Cancer Fund actually addresses what you can do on a daily basis to actively PREVENT cancer.

2. Reduce your use of plastics: Kelly's 5 Plastic Safety Tips

3. Avoid using pesticides, herbicides, insecticides and strong chemicals in your home or yard, especially when pregnant (this includes house tenting for termites, conventional bombing for fleas, roaches or bedbugs, etc.):

4. Eat according to the GAPS nutritional principles to enhance your body's ability to effectively detoxify poisons and repair a damaged microbiome and immune system.

5. Grow your own food.  Get Kelly's book, “Real Food for Rookies” for help in cleaning up your diet. 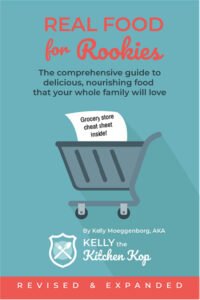 6. Purchase from sources you know and trust like your local organic farmers and farmers market.

7. Tell others what you've learned:

And what about you?  I know you go that extra mile to protect yourself, your family and your pets, so tell us what changes you've made. What steps do you take and why?

Inspiration for this article comes from:

See the eye-opening before-and-after for yourself in “The Organic Effect” Video:

This could be your family!