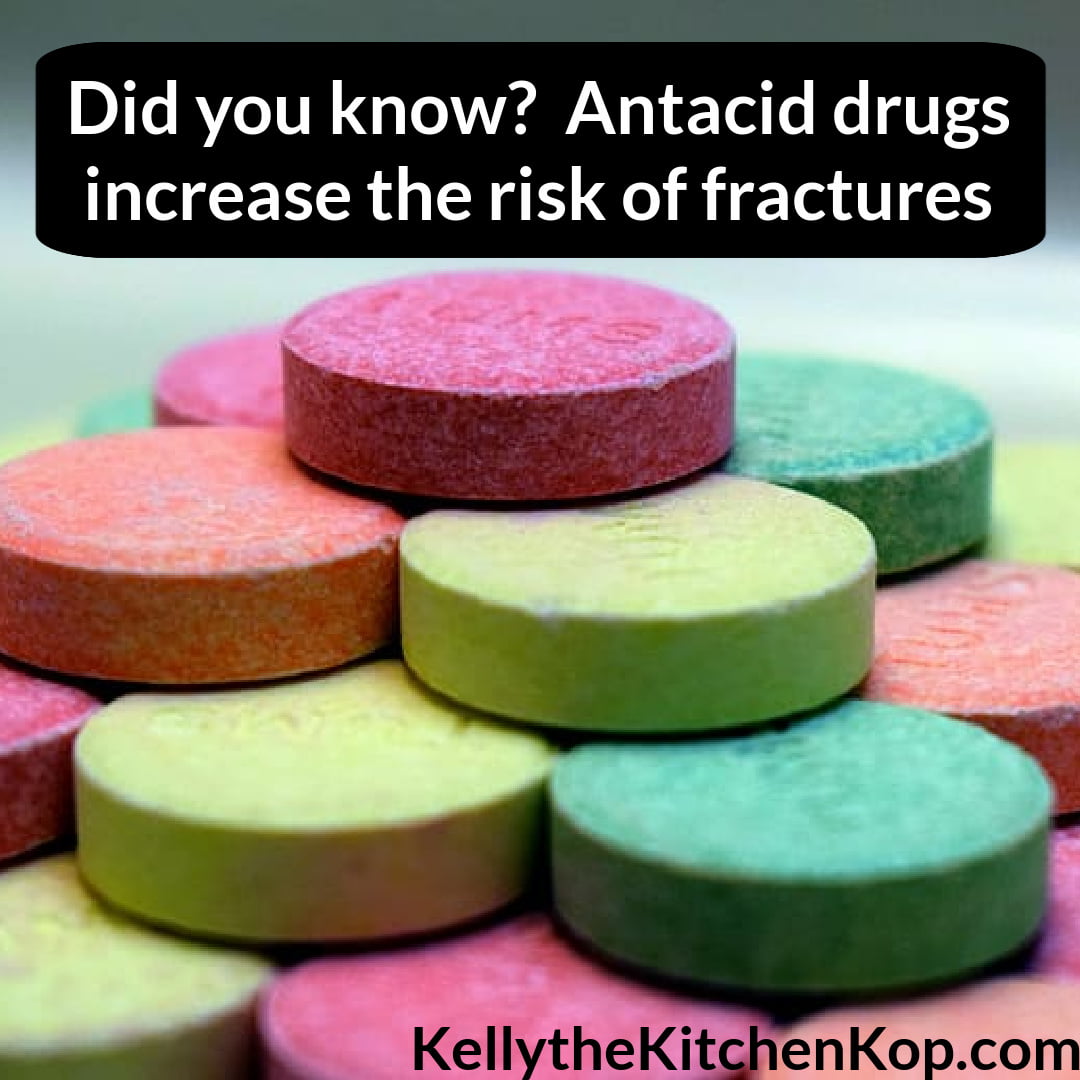 Do you or someone you love take antacids?

Today author Dr. Michael Teplitsky shares some surprising studies and facts that I hadn’t heard about this commonly prescribed drug.

It is estimated that about 10% of the population uses them regularly for heartburn, indigestion, acid reflux, and stomach pains. There are 2 types of antacids: proton pump inhibitors (Prilosec, Prevacid, and Nexium) and histamine-2 receptor antagonists (Pepcid, Tagamet, and Zantac). Some of these require a prescription, others can be bought over the counter.

These drugs work by preventing the production of stomach acid, which improves the symptoms, but only for a day or so. The manufacturers of antacid drugs recommend taking them only for a short period of time, 4 to 8 weeks at most. But many people find that the symptoms come back as soon as they stop taking their medication, so they keep taking it, very often for many years.

A 2007 study published in the Journal of the American Medical Association (December 2007) showed a 44% increase in hip fractures in people who took antacid drugs for one year or longer. The risk was 2.6 times higher in people who took higher doses over a longer period.

Two years ago, a study published in the Archives of Internal Medicine (August 2008), showed that there was a 62% higher risk of bone fracture in people who used antacid drugs for 5 years or more. After 7 years of use the risk of hip fracture was 4 times higher, that’s 400% higher than in people who did not use these drugs.

A study presented at the Digestive Disease Week 2009 meeting in Chicago in August of 2009 confirmed that people taking antacid medications have a higher risk of fractures. The risk increases with higher doses and longer duration of treatment.

Now even the skeptics agree that there is a very strong and well-documented association between antacid drugs and increased risk of fractures.

What is the reason? It turns out that you need to have a lot of acid in the stomach in order to absorb minerals, including calcium, magnesium, copper, boron, and others that are needed to build strong bones. Drugs that suppress acid production seriously hampers absorption of minerals, which leads to weakening of bones, also known as osteoporosis, which in turn leads to fractures.

If you suffer from heartburn, reflux, and indigestion and find yourself using these medications, please understand that they do not cure the problem, but only mask the symptoms. That’s why you have to keep taking them, day after day.

Here are a few suggestions for getting rid of the problem, once and for all:

Finally, most people who have heartburn do not suffer from high acid levels.

They actually have reduced amount of stomach acid. This may sound paradoxical, but it is true.

It is true that the symptoms (heartburn, indigestion, pain, etc.) are the result of acid going up to the esophagus, a pipe that carries food from the mouth to the stomach. But it does not mean that there is too much acid in the stomach.

Once it enters the stomach, food is coated by large amounts of hydrochloric acid, which is absolutely necessary for digestion and absorption. As a result, normal environment in the stomach is very acidic.

Fortunately, the stomach is designed to handle large amounts of hydrochloric acid with ease.

Besides digesting food, the acid has another important function. It kills any viruses, bacteria, and other potentially dangerous organisms that may be present in food. The acid also stimulates the sphincter at the end of the esophagus to contract and stay closed.

That is why many patients improve when they use supplemental acid.

You can do an experiment very easily. Mix one teaspoon of apple-cider vinegar with half a glass of water and drink it after a meal. If your symptoms improve, try two teaspoons next time. If symptoms get better, this is a clear sign that you need more acid, not less.

I have also treated many patients with Zypan, which is a combination of hydrochloric acid and pancreatic extract, which provides natural digestive enzymes. It not only helps you digest food, but also improves the acidity in the stomach. 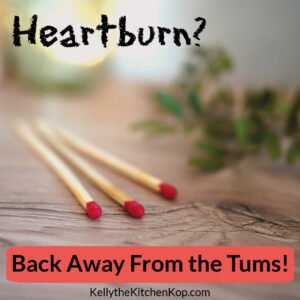