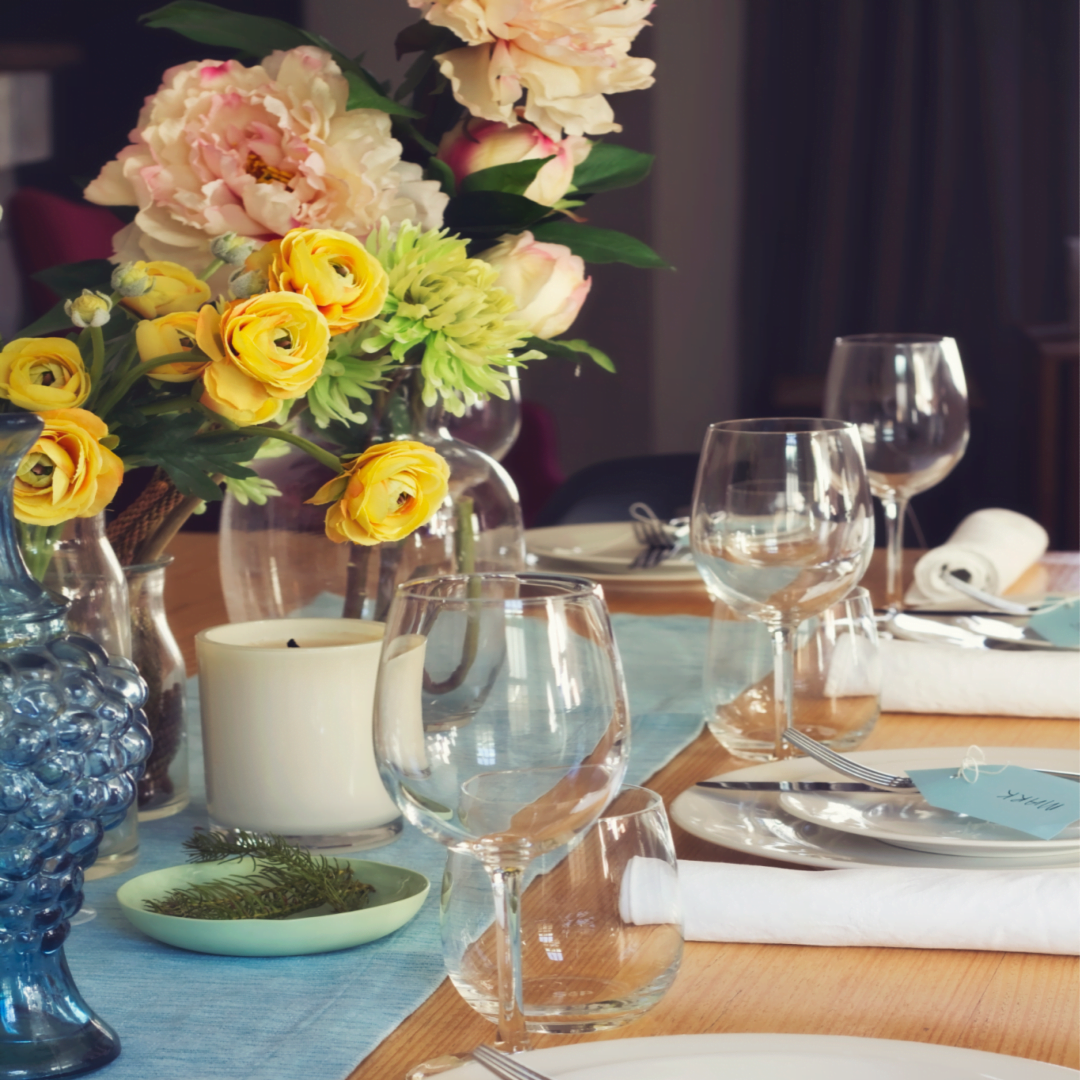 Meal Planning for a Group

We never throw fancy shindigs like in the picture above, do you?  Some people love that sort of thing, but we’re more on the casual side here.  This week we’ve been getting ready for our daughter’s First Communion party, so I thought I’d tell you more about my new Real Food Party Planning Guide and how I used it to help de-stress the preparations.  I’m a total “list person”, so instead of making a new to-do list and notes all over the place each time we entertain, now I can just pull out the Party Planning Guide and it’s all consolidated in one spot.  I went through it to make sure I hadn’t forgotten anything.  There’s a list for what to do 2-3 weeks ahead, a week ahead, a couple days ahead, the day before, day of, morning of, etc.  I went through the list of recipes that can be made earlier in the week (one of the keys to de-stressing!) and chose the ones that sounded good for the group we’re having over after Mass.  I had everything planned ahead of time so I knew what I was doing each day to prevent last-minute craziness.  (To not be too stressed for time this week while I’m also writing posts and wrapping up the preparations for my Real Food Online Rookie Class says a lot!)

Our son also has an afternoon soccer game the same day and some of our family are coming early to watch, so I also planned ahead for snacks after the game since dinner won’t be ‘til almost 7:00 p.m.

Here’s what I’m serving for snacks:

Here’s what I’m serving for dinner:

My family is filling in with the rest (yay!):

For dessert…I hate to admit it:

HAVE YOU SEEN THESE OLDIES BUT GOODIES?