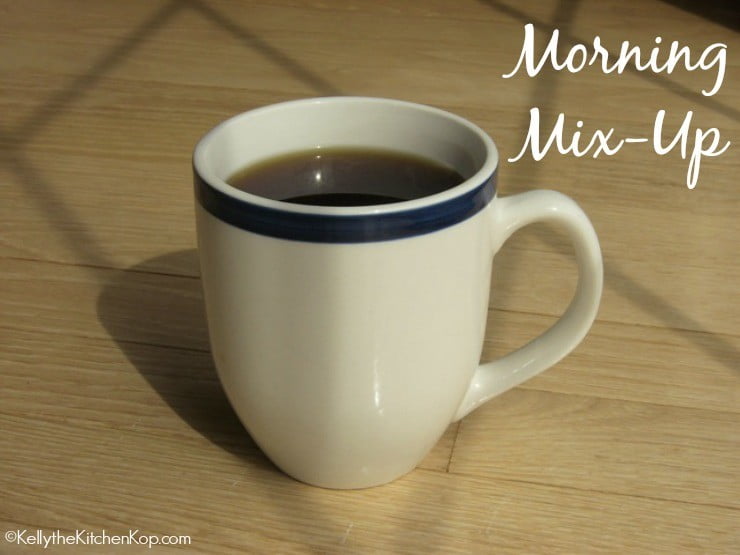 Last week on St. Patrick’s Day, Kent emailed me after he left for Mass and asked if I “by any chance” was planning corned beef for dinner.  I said no, but since it was only 6:30 am, it was early enough that I could figure something out.  So I went to my “compromise” meat store (not as good as my favorite local meat farmer, but close to home, and at least not as bad as the regular grocery store meat) and asked for corned beef, not really even knowing what it is.  (Anything “corned” sounds fishy to me, but I’ve found out since that it’s just the way it’s prepared, not what the cows are fed.)  He said they had beef brisket roasts, but that I’d have to “corn” it myself.  He showed me a recipe, I copied it down and headed home, knowing I’d obviously have to skip the overnight step.  I threw my frozen solid brisket into a crock pot with all the seasonings that I thought were going to do their magic, and then let it cook for 7 or 8 hours on high.  We ended up with a really tasty roast, one of our best ever actually, but it wasn’t corned beef.  My Googling since has taught me that, duh, to make corned beef you have to “brine” it for a few days, which basically means marinating it with salt and some other stuff.  So I may post this roast recipe soon just because it was so good, and then next year I’ll work on my corned beef recipe.  Am I the only one who didn’t have a clue what corned beef is?